In approximately 4 hours, an internet-based fundraiser called Desert Bus for Hope begins its 10th year.  I’ll let them explain it to you in detail, but the upshot is that for several days (the more money they raise, the longer they play) a bunch of volunteers play the world’s most boring computer game whilst simultaneously entertaining those with nerdish tendencies all over the world to raise money for a charity called Child’s Play.  The game in question is called Desert Bus, from an unreleased Sega game created by Penn & Teller where the player has to “drive a listing, unreliable, virtual bus on an endless, eight-hour-long strip of highway between Tucson, Arizona, and Las Vegas, Nevada.”

One of the things they do to entertain all the nerds during this week-ish long marathon is to auction off goodies they receive from donors.  In the last few years, some of those donors have been participants of the craft-along.  And this year, I am one of those people!!

At some as-yet-undetermined time during the Desert Bus 10 run, they will be running a silent auction with these wonderful Hama place mats that depict the various shift logos. 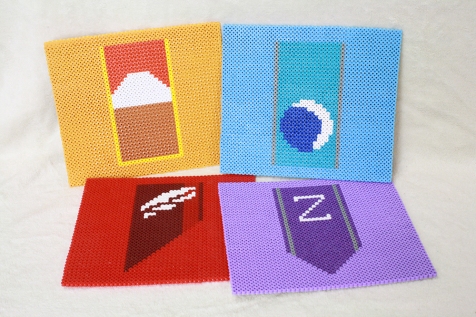 That much-better-than-I-could-take picture was taken by the Desert Bus team for the prize page.. they got the blue one upside down.  But still – how cool do they look?

Here are the other fabulous pictures they took: 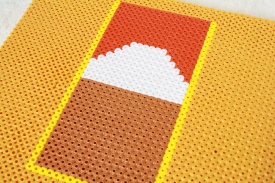 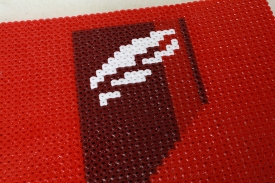 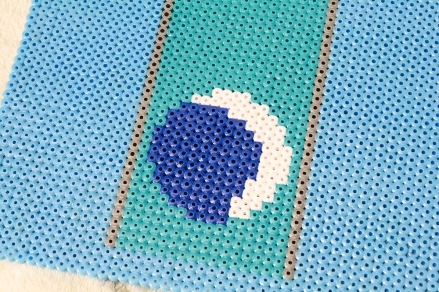 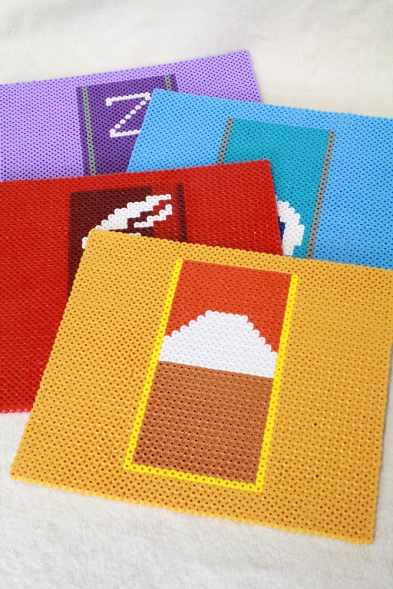 The photography isn’t quite as good, but I did create some time-lapse gifs of me making them.

Here’s the yellow one – also known as Dawn Guard, who control the bus between 6am and noon.

After I had this one just ready to iron I decided (with help from some friends) that the colour contrast wasn’t quite right, so I remade a bit and did some cutting and pasting.

Next up is Night Watch (6pm – midnight)

And finally Zeta Shift (midnight – 6pm).  I kinda forgot to take a lot of pictures of this one, sorry.

I’m really proud of these pieces, and hopefully they’ll raise a bit of money for a good cause.

Note: one of my good friends, Sam, also sent in some things.  This absolutely phenomenal Thorn Hand Cannon replica…

…and this beautiful Shift Banners Dice Tower that I will most certainly be bidding for.

You can see more of Sam’s astounding work at his website, Sam’s Skunkworks, and watch this space for a special guest post from him sometime soon.