One of the crafts on my quite long list of crafts I want to try is glass etching.  And recently I got around to having a go.

There are various methods available, including an engraving pen – but some of them require a modicum of hand-control.  I’m not so good at that.  So I went with the relatively simple paste method.

I ordered myself a small bottle of Armour Etch Cream.  The method is very straightforward.  1) Apply stencil.  2) Apply cream.  3) Wait for one minute.  4) Wash off the cream.

I used a pane of glass from an old photo frame, and was very pleased by the results.  So more experimentation was due.  The Pokeball was made using a vinyl stencil from eBay, like this one:

Which it kinda is.  There’s a slight wonk to Pikachu’s tail, but you can barely notice it.  I suspect that stencils are certainly reusable as long as you’re better at reapplying them to the backing tape than I am.  Practice is needed there.

But surely there would/could be other ways of applying an image to the glass.   I tried taping down an old plastic purple stencil.but found that the paste seeped under the edges.

So I tried gluing the stencil down using Pritt Stick, but that didn’t really work either. 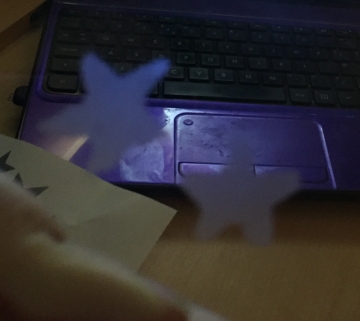 I did try using a thinner stencil, with Pritt Stick, and the results weren’t horrendous… 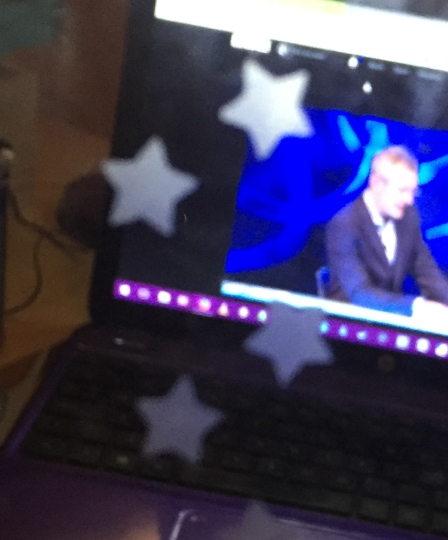 …but I decided that adhesive stencils were the way to go.

Obviously using a sticker creates a silhouette, so I tried using masking tape to create a shape which worked great 🙂 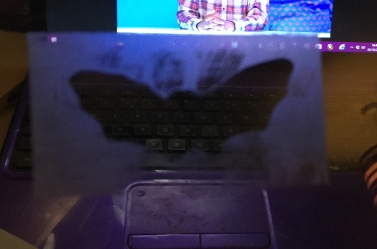 I tried printing my own circle shape outline onto sticker printer paper, which was a success..

…and the letters was a fairly genius idea.

I did a bit more research into methods at this point.  A lot of people on YouTube had suggestions – like leaving the paste on a lot longer than the original instructions suggest, and different ways of applying the paste in the first place.

Time to move on to actual glasses!  Here’s where I discovered that the curved surface presented a whole new set of problems.  You need to pay proper attention when placing the stencil otherwise you’ll get creases and bubbles, which are never good.  You need to make sure your stencil lays completely flat in order to get a nice smooth shape.

You also need to make sure you have control of your paste – otherwise it will dribble over the edge of your stencil and/or tape and you’ll end up with little bits of etching where there isn’t supposed to be any. 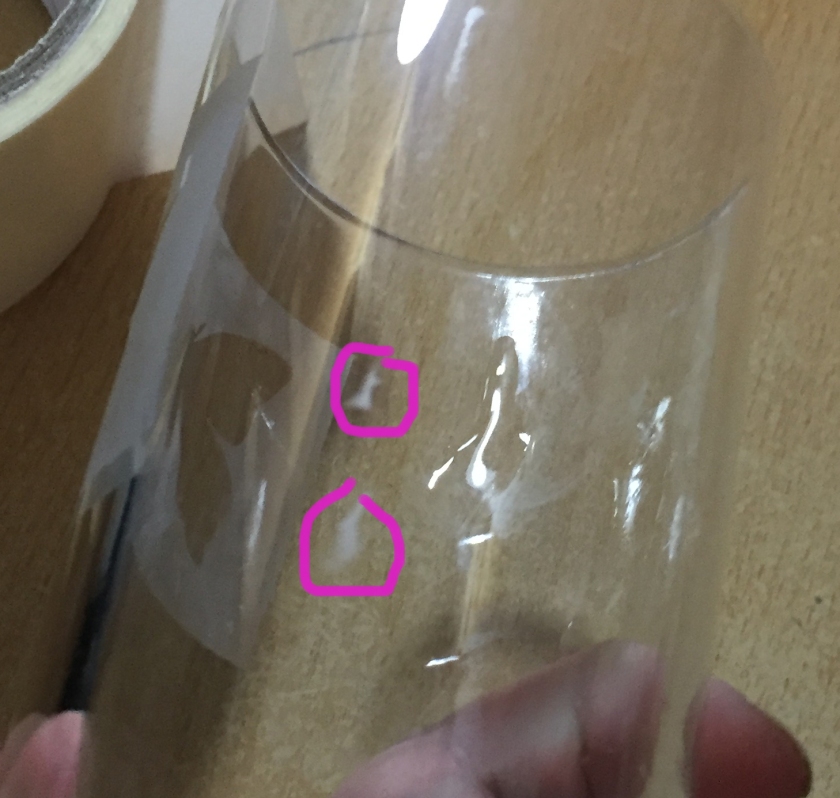 After that I started taping off the rest of the glass, just to be safe.

Another thing I learned is to be careful about paste going into the glass itself.  I made this beautiful design…

See where I’d tucked the point of that top left star over the edge of the glass?  Well the paste got inside the glass and now there’s a little shadow on that star.

I didn’t etch the whole glass for that piece, mostly because it would have used up more paste than I had.  But I think the effect is still awesome. 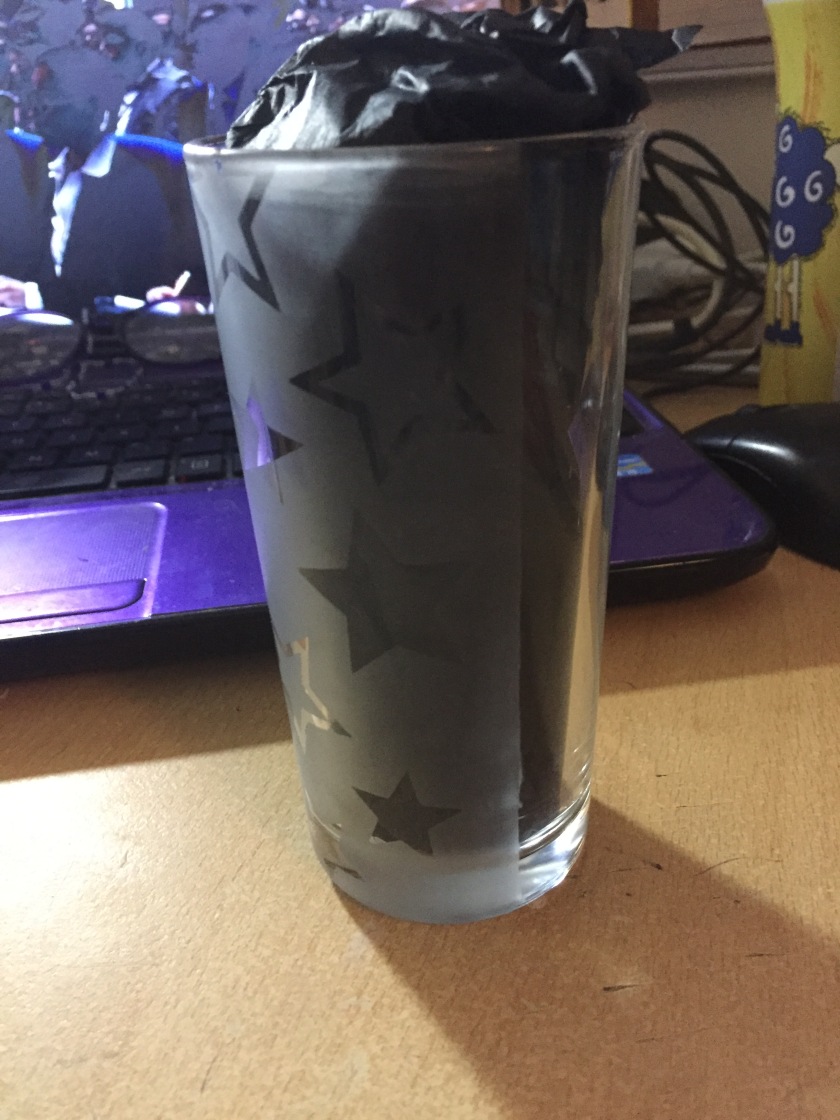 My etching isn’t entirely consistent yet, but I kinda like that.  It makes it look handmade rather than machined.  Still, I know I’ll improve with practice, and that’s never a bad thing.