This one took a little bit of thought and rethinking.  I started with this picture from my files… 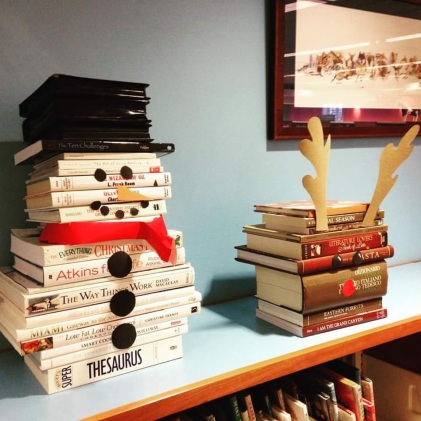 I thought a Christmas tree would be easiest to do.  So, step one, I gathered up all my green books. 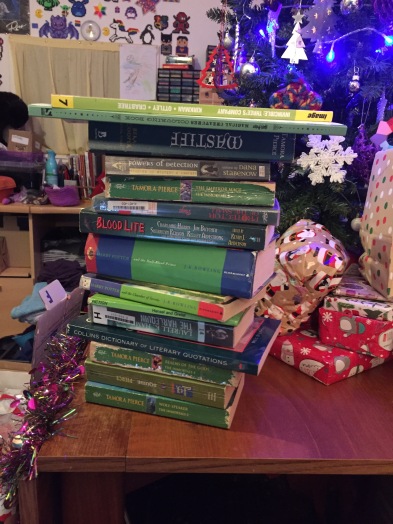 Step two – turn onto side and arrange by size. 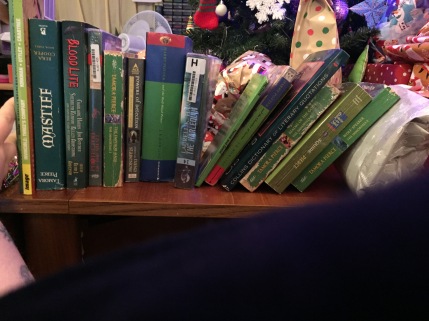 Step three – stack them up. 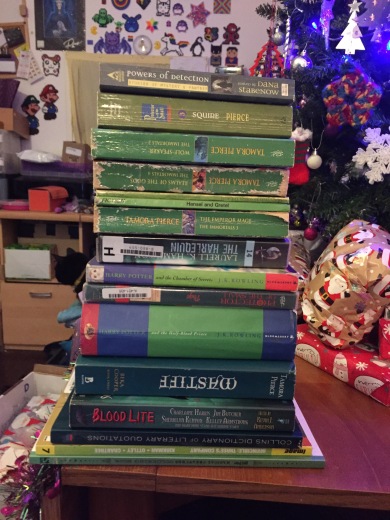 Step four – realise that you don’t really have enough books of the right sizes.

Step five – go rooting on your bookshelf for other books that are the right size. 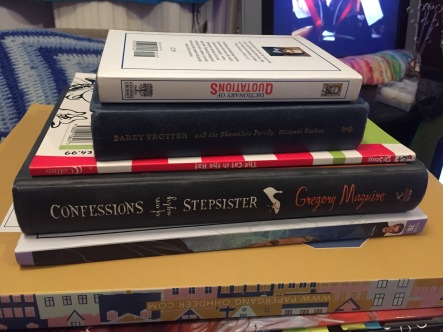 Step six – wrap the spines of these books in green papers. 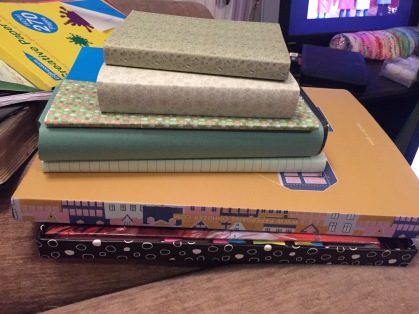 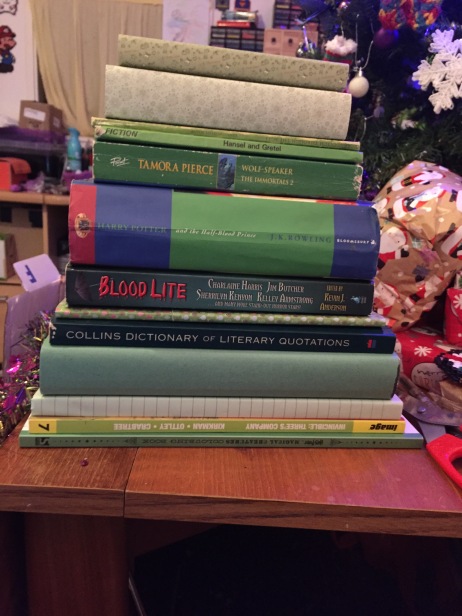 (She’s very slow in that video, but essentially you fold both diagonals then horizontal then vertically in half.  Then you cut a little bit up the horizontal and vertical cuts and fold the corners into points, taping them to make them 3D)

Step nine – make the first half of a star. 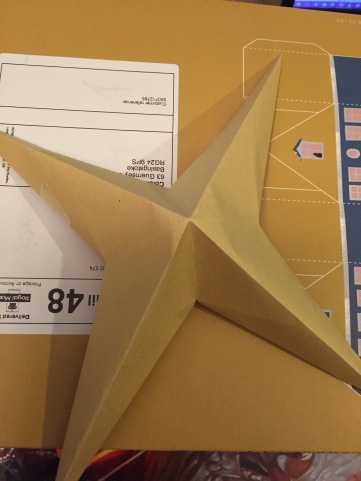 Step ten – notice that even though in the video she didn’t say exactly where to cut, you assumed it was halfway, so you cut halfway to the centre on each side, and this turns out to be too far. 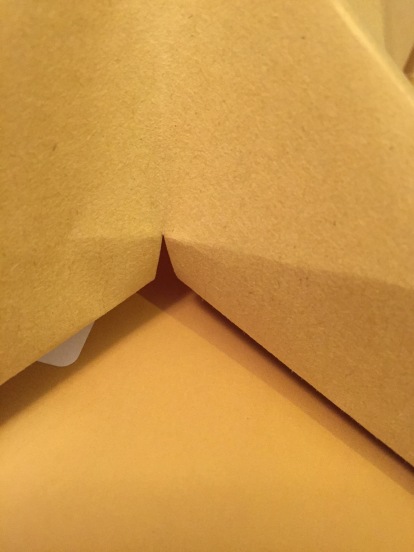 Step eleven – decide this paper was too thin anyway and switch to card, even though you only have white card.

Step twelve – unfold the yellow star and use as a template for cutting the white star in the right place. 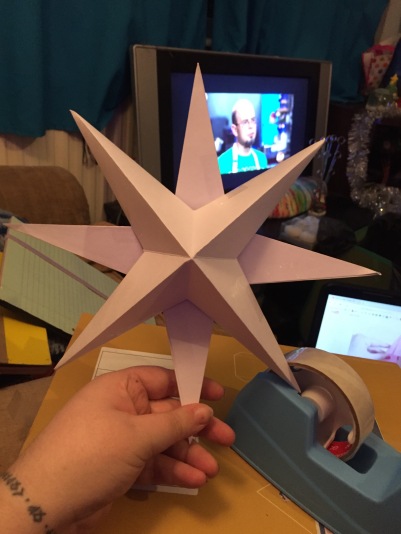 Step fourteen – hold star on top of stack of books and realise it’s probably too big.

Step fifteen – carry on anyway and realise that you don’t know how to attach star.

Step sixteen – relocate stack of books to somewhere you can prop the star up. 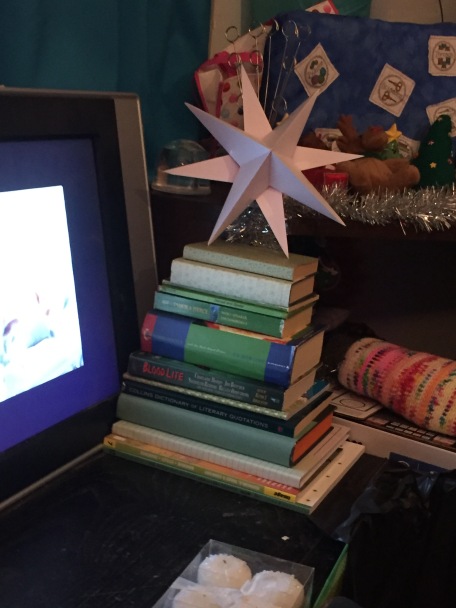 Step seventeen – realise your books aren’t centred but be too tired to get up and adjust it.

Step eighteen – wonder if you have the right books to do the snowman and/or the reindeer too.