I do a lot of crafts.  A lot.  When people ask me what crafts I do I find it easier to say that if I don’t already do it, it’s probably on my list of crafts to try.  So when a craft crops up that I don’t know about I get very excited.  In the last few weeks there have been two!

The first is Stick Weaving.

My friend Cayden, who you may have seen me mention on here before, came to my house for a gaming session one weekend wielding something like this:

(That’s not his work, it’s a picture from Pinterest).

It looked relatively simple, and as weaving in general was something I’d like to try one day I did a little bit of investigation.  Well, I tried.  There isn’t all that much information online to be honest, but I found a simple tutorial on YouTube….

And I found the same sticks set that Cayden has on Amazon.  I used a ball of leftover yarn so what I made isn’t very long, but it’s a very satisfying fabric.

As I said, there isn’t all that much info available online about stick weaving, but a Pinterest search brings up lots of pretty ideas. 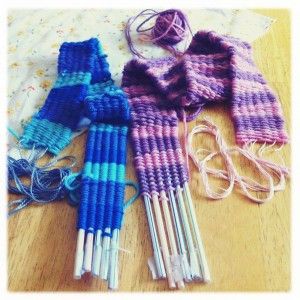 And then there’s this image, also found on Pinterest. 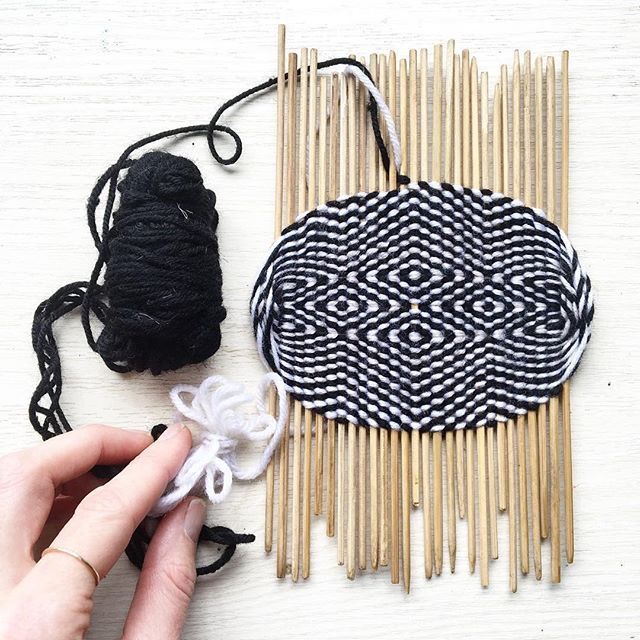 Just looking at that image makes my mind boggle.  I might have to make a few pretty scarves before I tackle something like that.

One thought on “Stick Weaving”