As discussed before, when I do origami pieces I have a tendency to repeat the same piece over and over again.  Like these sonobe cubes.

And when I’ve made seven hundred zillion of something, I like to see if I can make as small a version as possible. 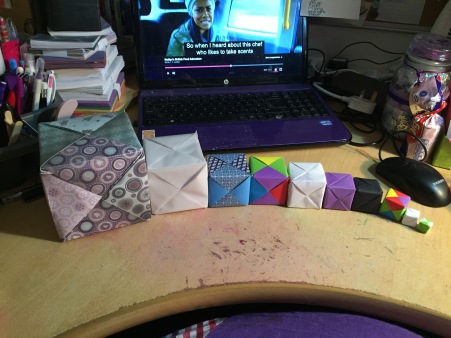 The cube on the bottom of this pile is made from 12×12″ craft paper (which was kinda difficult because I only have card stock which is hard to origami with.)

Except… that the final teeny tiny square presented an issue.

These are the paper sizes for the first 4 cubes… 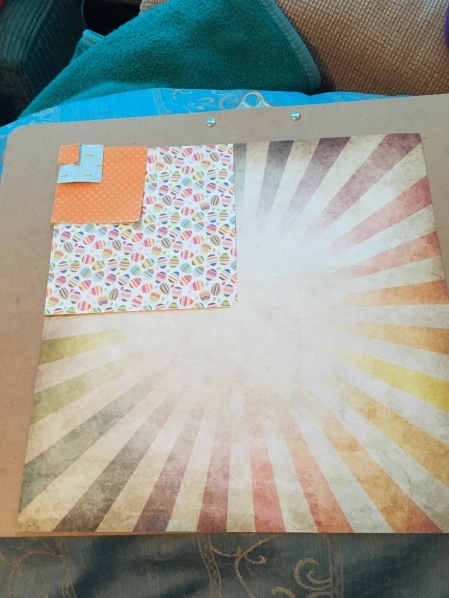 That is very, very small.  Folding the sonobe units themselves wasn’t too bad. But putting the cube together proved impossible for my big chunky fingers.

So I gave up on that size, but I didn’t want to give up altogether.  I was convinced I could get a smaller cube than the one using 1.5×1.5″ paper.

To get a size between 1.5″ and 0.75″ I had to fold the paper in half, then fold that half in half to create a 3/4 line.  Then fold up into a triangle to make a square, before cutting the shape out. 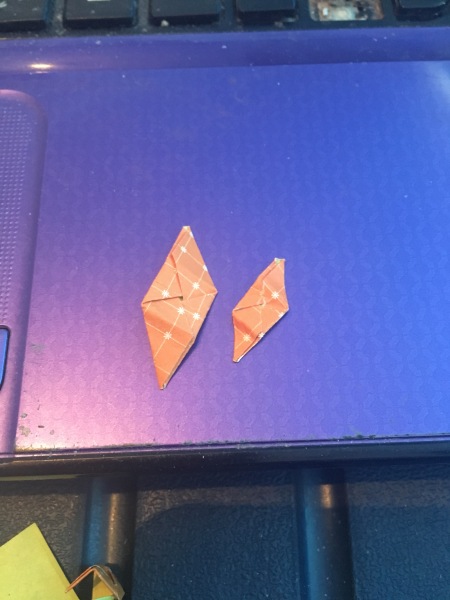 So this is the range of sizes I ended up using…

And this is how small the smallest cube is.

(I have been very confusing and given paper sizes in inches, and then measured the cubes with a cm ruler.  Sorry about that.)

Here are all the smaller cubes… 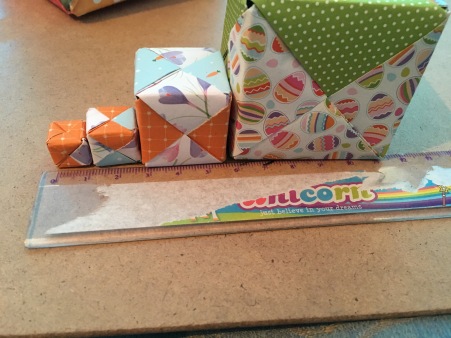 …and the large cube all on it’s own because it wouldn’t fit with the others. 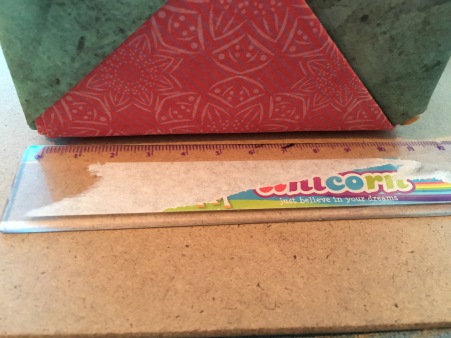 And finally, here they are all with the size paper they were made from. 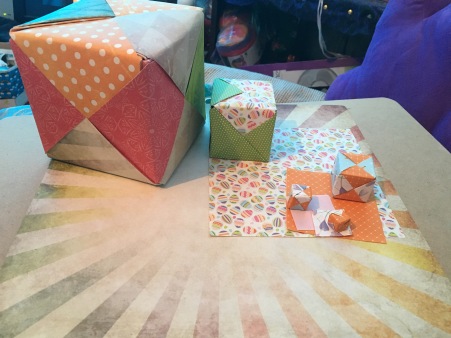 So yeah.  Making something, then making it as small as possible.  I’m almost certain that someone out there has made one smaller. Someone with tinier fingers than I, or the ability to use tools to do their origami.  My best friend does origami too, and I’m sure he’s probably done one smaller.  I’ll do some research about that and get back to you. 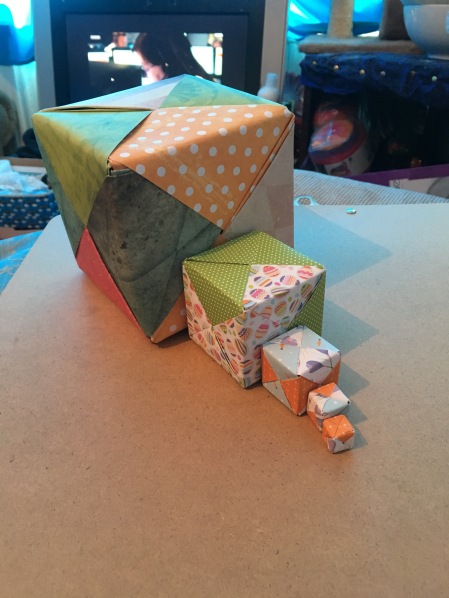 One thought on “Making Things, Then Making Them Tiny”