Disclaimer: This post is a repost from my old blog, which was more personal and less crafty.  I don’t use that blog anymore, but thought I’d share some of the craft-related posts from there.  This one was from April 2017.

There was a thing going around the craft forums online last year, to pick a project you made years ago and remake it. To pick something you made when first starting your craft, and see how far you’ve come.

I decided to remake this little turtle…

That little guy was first made way back in November 2009 – literally a month or two after I first started crocheting.

I had another attempt 8 months later, that came out looking a little… off. 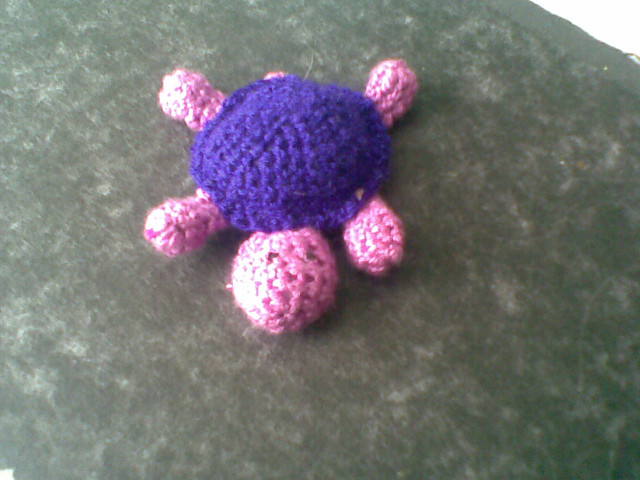 And then my recent remake.. 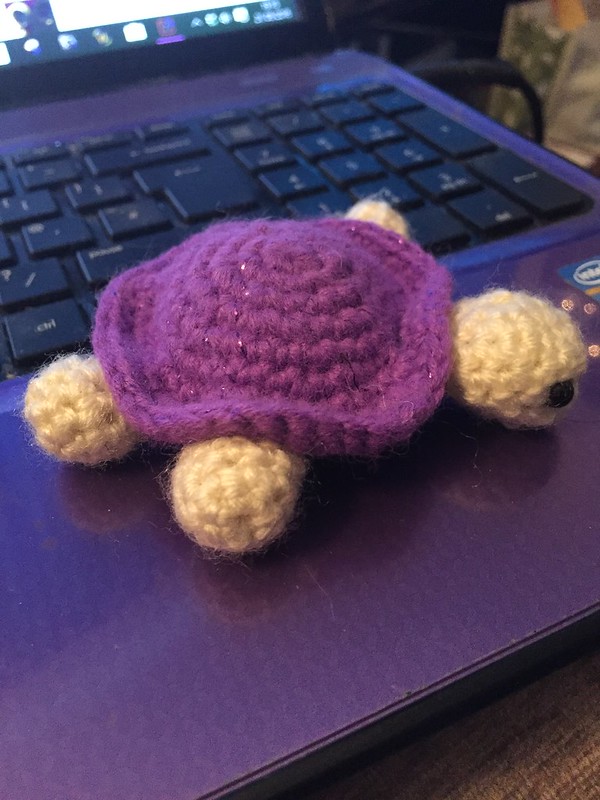 I’ve always known that the plushies I make are slightly weird looking. I guess I hoped that 8 years would’ve improved my crochet skills a little better than that, but there you go.

To be honest, I haven’t crocheted many plushies in years. I knit a lot of mini aliens, but I mostly crochet blankets. Blankets I can do.