It was an epic run this year, with a lot of really enjoyable moments.  I tried to watch as much as I can, but 160 hours is a really long time and I had to sleep for some of it.  Luckily the awesome Video Strike Team has uploaded nearly every second of it in nice bitesize clips on YouTube so I’ve been catching up on the bits I missed.

Some awesome highlights that I DID catch included them reaching $5,000,000 total raised since they started in 2006.   It was an incredible thing to see them hit that milestone.  In the original run they’d expected to raise about $5000, and planned to be back at work by Monday because they didn’t expect to raise enough for it to go on longer.  They raised $22,805 that first year.  The amount is now forever known as a Desert Buck.

It was even more incredible to hit that milestone knowing that I helped.  In 2016 I donated some hama bead place mats that raised $444.44.  And this year I nearly sextupled that by donating the TARDIS blanket I wrote about a few weeks ago.  Donations were set at $9.99 which means that if anyone donated $9.99 in a set period of time they got one entry into the draw.  Multiples of $9.99 got multiples entries.  The quilt raised $2647.35 which is 265 entries. 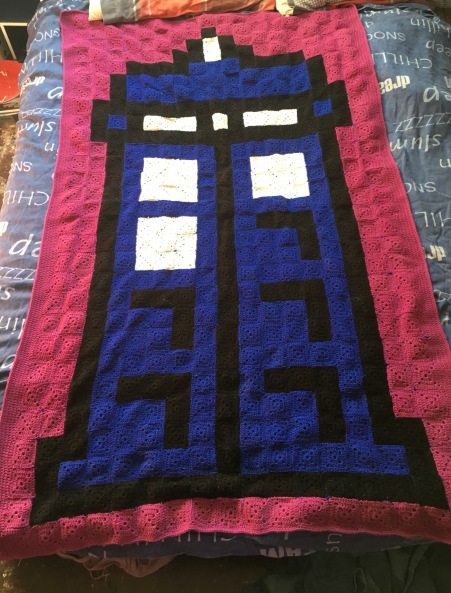 I have a lot of low confidence in my crafts, and seeing that people actually like my work really helps.  Not to mention raising so much money for this awesome charity.

I also helped raise money by entering donation drives.  There were some really awesome prizes up for grabs this year.  I couldn’t afford to enter any of the silent or live auctions, but I entered a few donation drive giveaways.  There was this awesome stained glass Mario piece, donated by someone called Stained Glass Half Full.

There were these beautiful leather Pokemon notebook covers by Sam McKoy.

There were these gorgeous Hogwarts Owls by Blaine/BrainStew.

There was more than a dozen things I wanted to enter for, but I didn’t have too much money so I had to limit myself.  The prizes went up a day or so before the run started and I looked through everything and put the things I wanted in priority order, so I’d know which ones to actually donate for.

The number one item on my priority list was these.

Of course, by sharing that image I might have given away why I’m writing about them.  I won!  Colette0101 is me.

I was severely sleep deprived and barely able to stay wake up long enough for the giveaway to start, so I donated and went back to sleep.  When I woke up I had missed calls and texts from my friends telling me I’d won.  I thought they were joking at first.  I had to go see the clips and the bit on the website before I believed it.

I’m very excited to receive them.  I have a small thing about dice.  I love dice.  I have a lot of them.  But this huge bunch may well double the size of my collection.

In my previous Desert Bus posts I’ve written about my friend Sam’s crafts too.  This year he made this awesome Pulse Rifle. 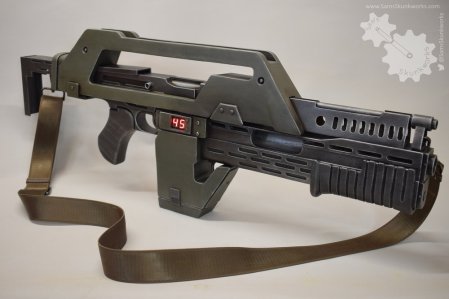 I’m looking forward to next year’s Desert Bus.  I already know what I’m going to make 🙂 I hope I can continue to donate items for the craftalongs for many years to come.  It’s a very worthy cause, not to mention a whole ton of fun.

One thought on “Raising Thousands For Charity”