New Year isn’t as big a thing for me as Christmas is, but I do like to acknowledge it.  2018 was a pretty rough year for me.  Many, many bad things happened, but there were highlights too.

I got an adorable nephew in February, I made a whole new set of friends playing Dungeons & Dragons, I made a selection of new friends on the internet, and my art skills developed magnificently.

I have a lot of hopes for 2019.  Mostly I’d like my depression to stablise a little bit, if not get a lot better.  I’d like the store to expand, and I have some plans for that.  And I want my art to get even better and better.  One of my plans for that is my challenge.

For 2019 I want to draw 100 somethings, which I’ve also written about.  I couldn’t decide what to draw and asked the internet to vote for me and choose between fairies, witches, dragons and robots.

It was close. There were 20 votes in total. And with six of those votes, the winner is…. 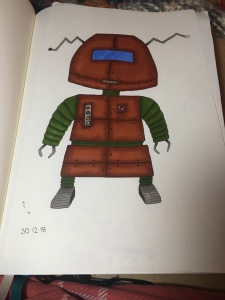 That one doesn’t count for the 100 though, because I drew it last week.  I also drew one each of all the others, because I wasn’t sure what was going to win… 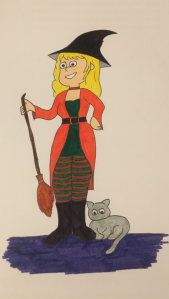 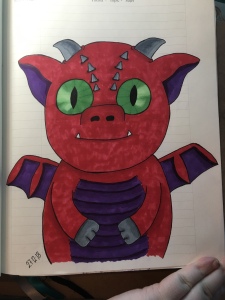 And fairies got five votes. 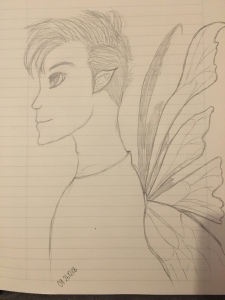 As I said, it was close. I’ll definitely be drawing more witches and dragons and fairies, but I’m looking forward to drawing 100 robots.

I have set myself a second challenge for 2019 – to read at least one book a week – but that’s not so crafty.