Disclaimer: This post is a repost from my old blog, which was more personal and less crafty. I don’t use that blog anymore, but thought I’d share some of the craft-related posts from there. This one was from May 2015.

Some of the different neighbourhoods in Basingstoke hold yearly festivals, and the one most local to me decided to add a “county fair” style competition to their festival this year.

There were categories for photography, art and baking. I was really interested in the baking but don’t have reliable kitchen facilities at the moment, so maybe next year. But I did decide that I was going to enter a piece of art.

I was very, very nervous when I dropped it off to the organizers. Entering a competition like this was as nerve-wracking as my first craft fair. I was taking something that I had created, something I put my time and effort and soul into, and asking strangers to judge me!

On the day of the festival I popped in to the competition tent to see if I won anything.

There weren’t a lot of entries in any of the contests, but it was a smallish show. There were three entries in the Over 16s Art Contest. Here is 1st place: 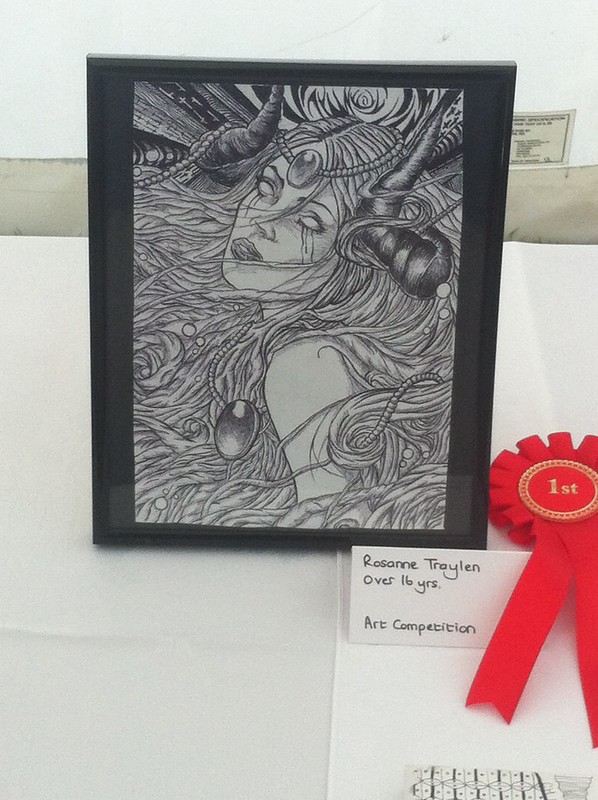 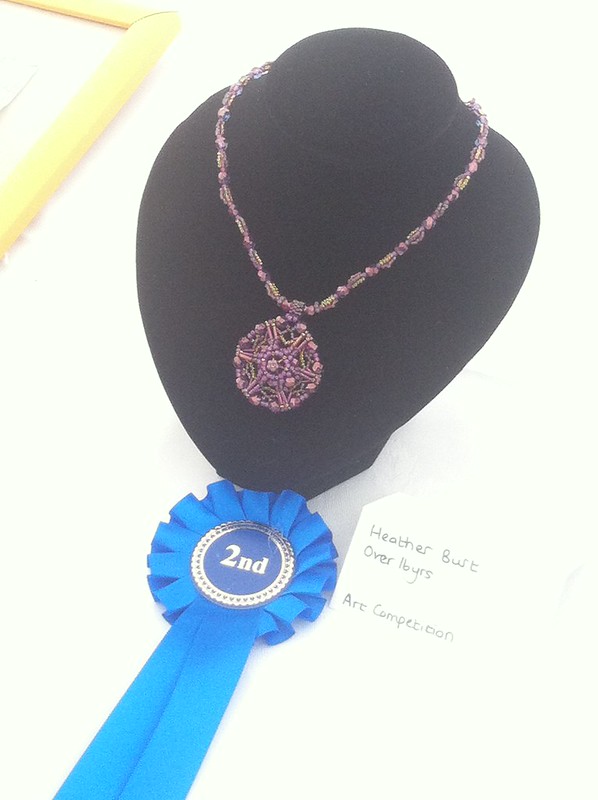 b) if the definition of “art” is going to be that wide, next year I’m entering half a dead cow

I may not have taken the loss very well. I don’t take rejection very well anyway. I will try again next year though. I haven’t decided about the dead cow yet.

One thought on “My First Art Show”