Last year I made an epic TARDIS blanket that I donated to Desert Bus to raise money for the Child’s Play charity. 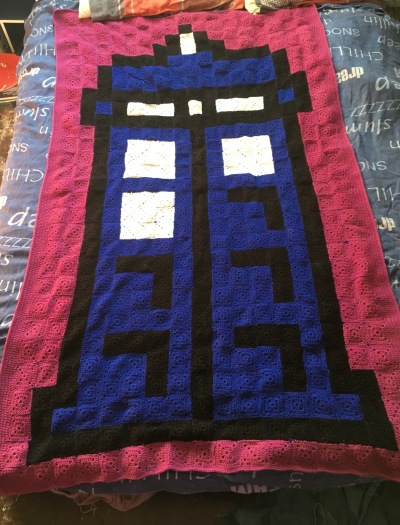 Recently I received a lovely little bit of post from the Desert Bus team.

I knew how much I’d raised.  I noted it in this blog post at the end of Desert Bus last year.    But seeing it written in front of me, by the team themselves, gave me a super big thrill of happiness.  I’m so pleased that something I do can make such a big impact on the world, especially on children, and extra especially for such a nerdy use.

The coin is the official Desert Bus Dubloon.

I have been accepted as a craft-along participant this year, and what I’m making is much much smaller and easier to post.  I’ll show you what I’m making when I’ve finished it.  (Sneaky attempt to bring readers back to blog).

Desert Bus is, as usual, in November but the dates aren’t released yet.