In July I wrote a blog post about my experiments with resin.  A lot of it was speculation because I hadn’t taken any notes and the pictures had sat in my “blogs to write” folder for an indeterminate amount of time.

I was inspired by a video by SoCraftastic to get back into resin, and bought some bits and pieces to play with, with the intention of a follow up blog post.  In fact, I made this promise:

The interest in resin is most definitely reignited! I will shortly be heading back into it, and I promise to take notes this time. In theory there’ll be a blog post in the next month or so, but I say that a lot, and I have a folder of many many blogs waiting to be written.

Well, at least it hasn’t taken me too long to write the next post.  Only a couple of months.  But… um… well… I didn’t make notes.  I really REALLY need to start making notes. So forgive any wavering or rambling.

I started by gathering all the resin pieces I had in my box. 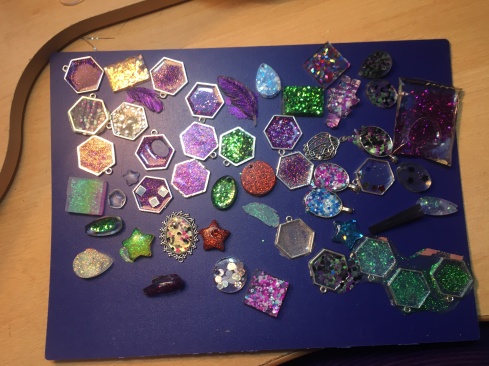 Then I took a piece that I liked, that wasn’t quite right, and tried to fix it.  I chose this square pendant with little diamond glittery things in.  It was pretty, but the surface was a bit of a mess.

So I domed a little resin on top, and placed it under my new UV lamp. 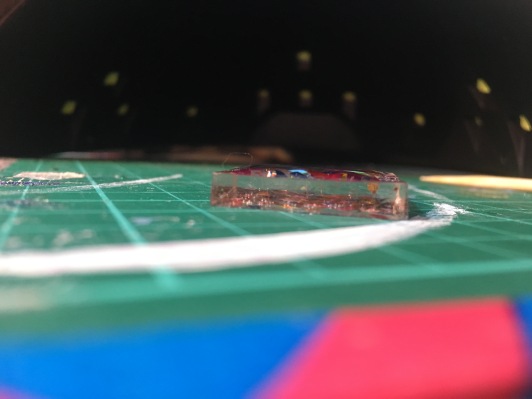 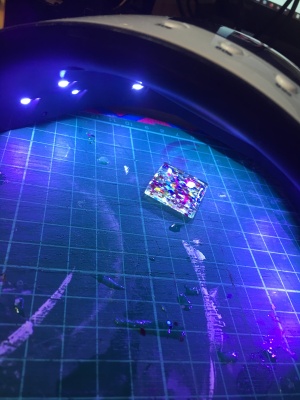 It worked, just about.  But the resin wasn’t quite to the edges, and it was ever so slightly tacky.

So I moved on to something else.  I tried some layers.  With a layer of clear resin, then some little star sequin/glitter things next.

And this probably would’ve looked gorgeous.  I might even attempt this again.  But I messed it up, first with foil, then with glitter. 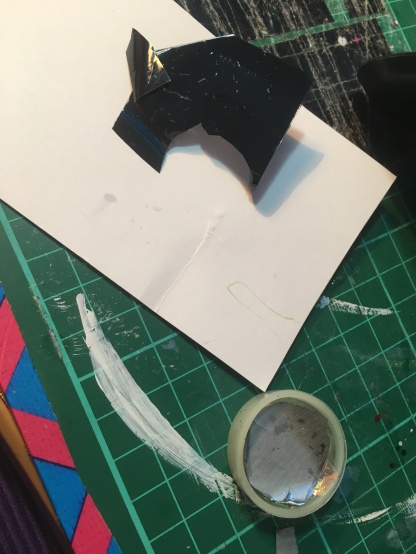 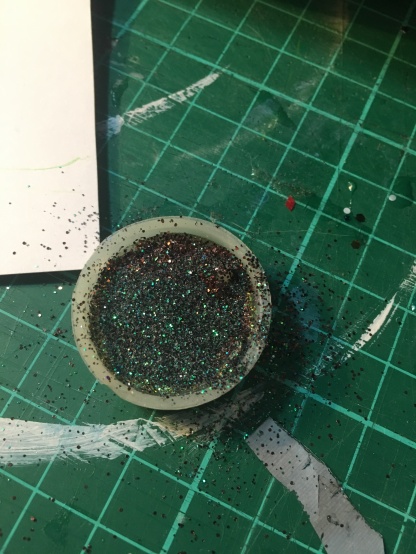 And of course, I was using UV resin.  Which only cures with the light permeating through it.  So opaque things aren’t going to cure.

Which I utterly forgot.  So I ended up with this mess. 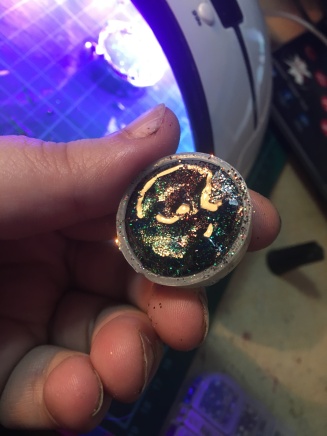 Okay, so opaque doesn’t work.  What about clear and shiny?  In which I learned that some pendants have loops that prevent you laying the pendant flat – and in which I used a non-flat resin piece as a stand. 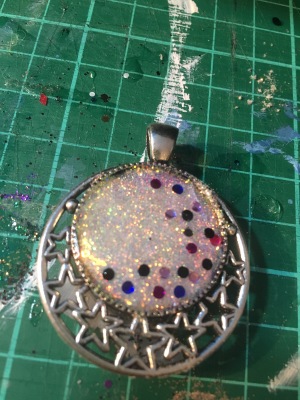 Another piece that didn’t cure quite fully.  Pretty though.

Have I made enough mess?  Nah, I don’t think so.  Time to get out the glitter!

This one cured pretty well, but super un-level.  Because I didn’t take into account the loop. 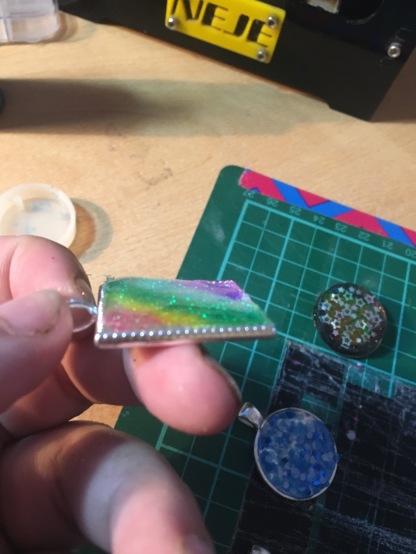 I was getting pretty frustrated by this point.  As I usually do when things don’t quite work right.  Things weren’t curing fully, and I was just making a mess.  So I put it all away.

I did some research about how to sort out tacky pieces, and how to prevent them.  I ordered some gel nail polish top coat, which is supposed to cover tacky resin.  I bought a whole bunch of new supplies, including the kit that SoCraftastic used in her video.

I also looked through all my pieces to see what I could possibly salvage, and I put them in a little box inside my resin box.

The next resin blog post will be a haul post.  Yay!  After that we’ll see what I can save, and maybe make some actual new pieces that won’t need saving.