One of my favourite inspiration images from Pinterest was this one.

It reminded me of something similar that Threadbanger did way back in October 2017.  They were even inspired by the same image.

It seemed like a relatively simple craft too.  Unfortunately getting the main supply wasn’t so easy.  Sure, I could order a figurine from the internet.  But the whole point of it was that you used something from a thrift store or charity shop.  However I barely leave the house, so getting to a charity shop was going to present some difficulties.

Which is where my awesome boyfriend’s awesome Mum came in.  She offered to pick something up for me, and came back with this incredible piece.

Look at that bear on the back!

I figured that painting directly onto porcelain was not going to work, so I decided to go ahead with the “DIY Gesso” I’ve been meaning to try for years.  There are lots of recipes online, but I went with this one from Our Daily Craft.

I gathered my ingredients, and a jar that was waayyyy too big. 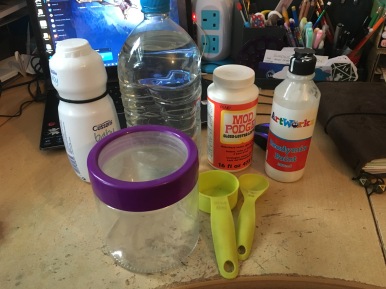 After a bit of adding more of this, and more of that, I ended up with what I hoped was gesso.

I painted some onto my test rock.  By the next morning it had dried and it seemed okay, but I didn’t really know what gesso was supposed to look like.

I applied some to a patch of the figurine, but then I wasn’t sure whether just sanding the porcelain would work.  So I did four tests.  I sanded parts, and I gesso’d parts.  Then I painted black poster paint on all four test parts. 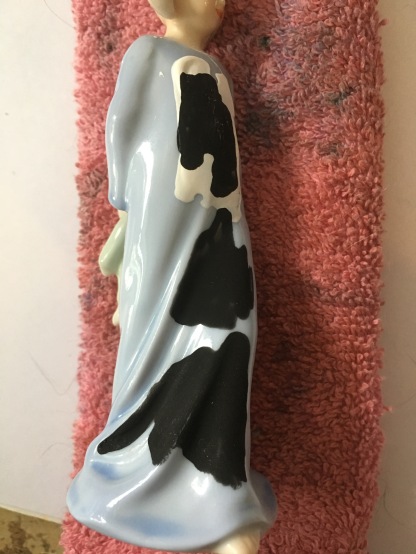 They all looked fine.  I tested by rubbing with my thumb, and while they all looked scuffed, only the part with no preparation really came off.

I tried scratching with my nail and the paint came off all four tests – with varying levels of pressure.  But I was going to seal the piece anyway.  Or I could just not scratch it. 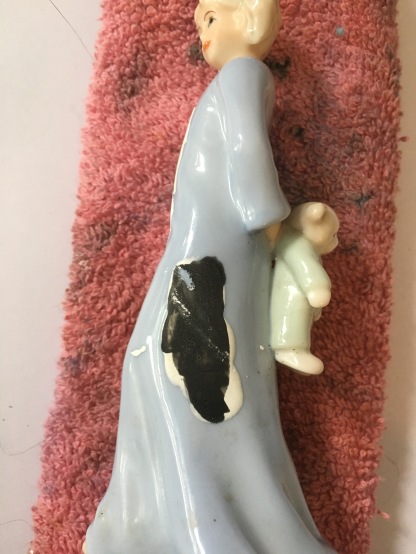 I scratched off as much of the tests as I could so I could restart, and then I coated her in my gesso. 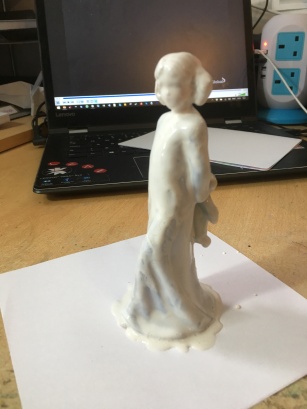 Once dried, there was a bit of a lip at the bottom where the gesso had pooled on the paper.  It snapped off easily, but for the next step I taped some greaseproof paper onto the little box lid I’ve been using for crafting.

After one coat of paint it looked pretty good.  It was very blotchy though. 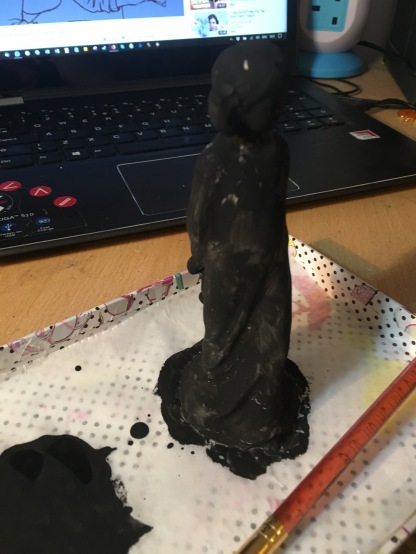 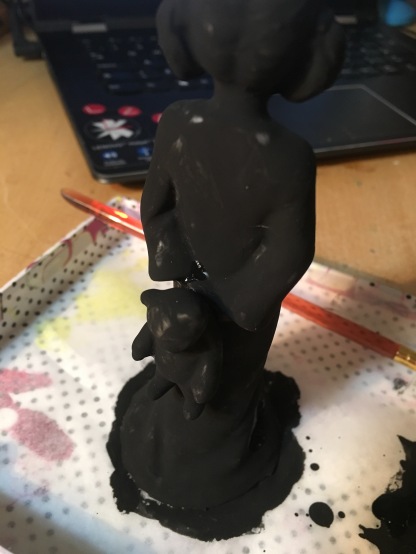 The second coat covered most of the patches.  The third coat was about as well as I figured I was going to get it.

Time for the eyes.  I got out every shade of red gouache I had, and tested dotting them onto the dried black paint on the greaseproof paper. 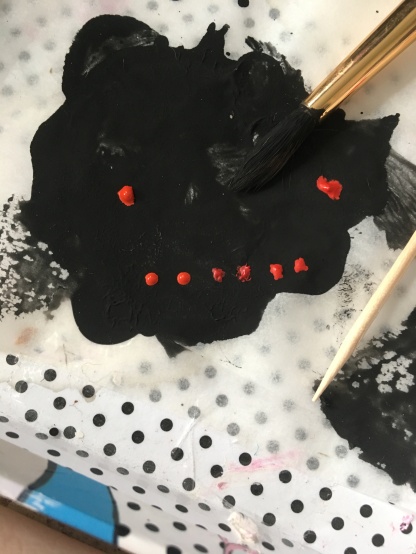 I went with the Crimson Red Lake, and dotted on the eyes.  I messed up a little on the bear, but it still looks pretty evil to me.

I tested my varnish, and some clear nail polish, on the black and red paint on the greaseproof paper. 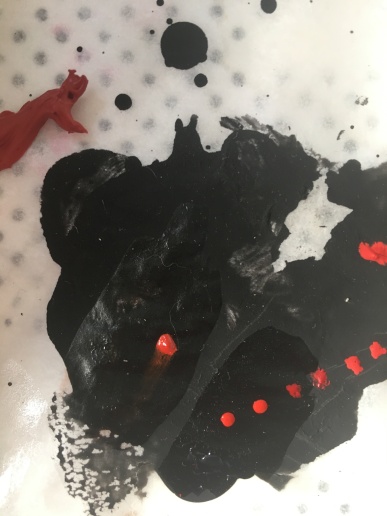 The varnish, on the right, smeared the red a little.  It may have been that the thicker blob of red paint wasn’t fully dry, but I also felt that it made the black paint look a little weird.

So I coated my little evil figurine in clear nail polish.  When it dried it didn’t look perfect.  There are lots of errors, but I think it looks pretty fantastic. 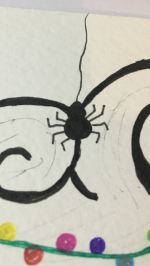