If you’ve been reading my blog for more than a week you know that I’ve been trying to work with resin.  So naturally I had to include a resin piece for this Halloween series.  I collected dozens of inspiration ideas, of course, and settled on these two. 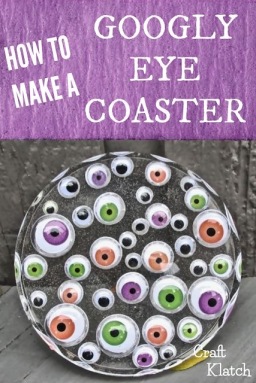 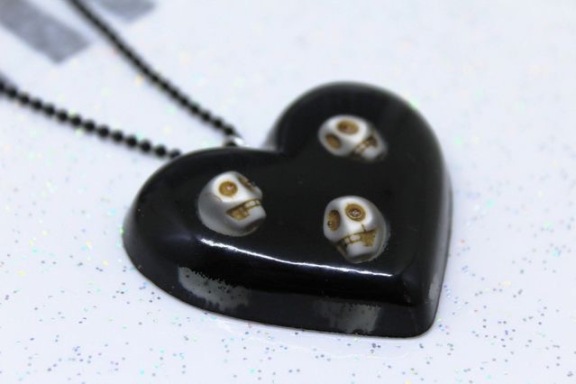 Both seemed relatively straightforward.  And of course I had to make both very complicated.  Let’s begin with the googly eyes.

I have a few billion of your standard black and white googly eyes, but this called for something a bit more special.  So I bought more eyes.  You can never have too many eyes. 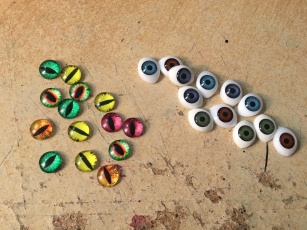 I laid them out in my new coaster mold and decided the bigger eyes looked the best. So I poured in some epoxy resin, then pressed in the eyes. 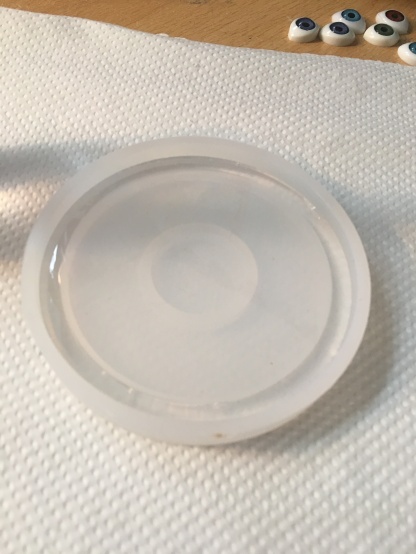 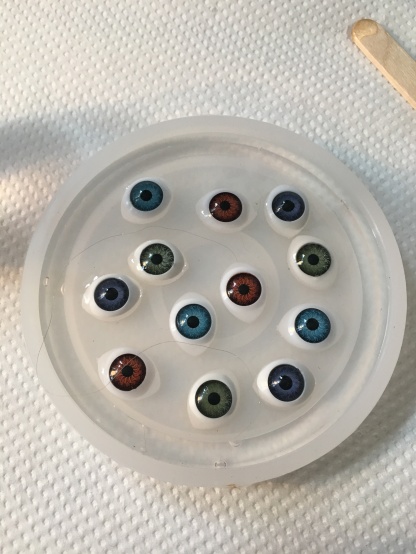 I topped up the mold, and since I had a little resin left, I filled a little pendant mold too.  Then I covered them with my little plastic tub to protect from dust and cat hair, and left them to cure. 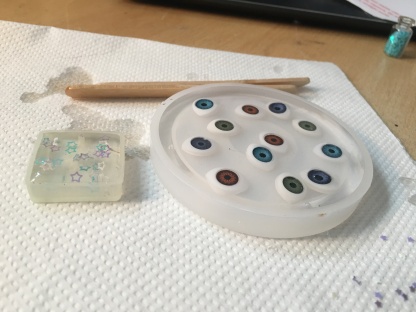 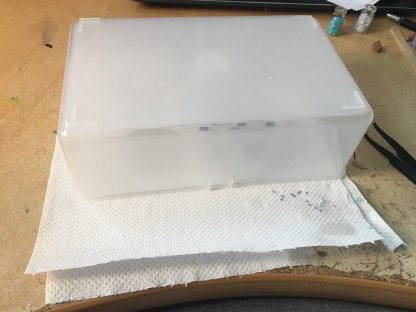 Note – the resin might not catch fire when you blowtorch it to remove bubbles, but those little star sequins will.  So watch out for that.

They cured well.  It’s hard to mess up the curing for two part resin, assuming you’ve mixed it correctly.  They did get a little dusty, because I only have one plastic tub and I needed it for another project halfway through.  I need to get another tub. 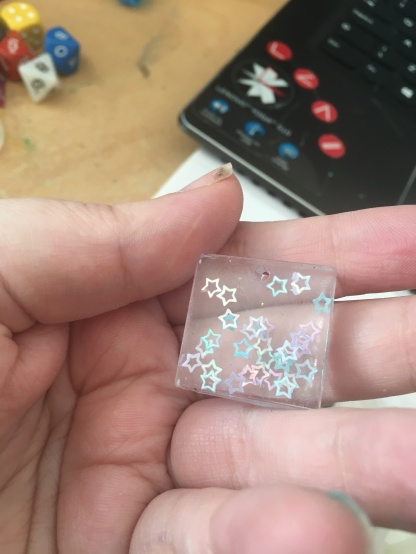 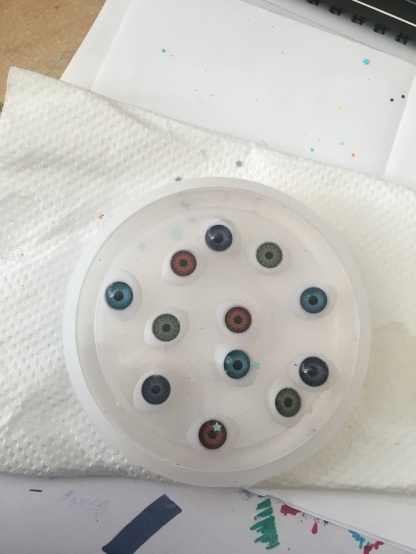 The biggest problem though, was this. 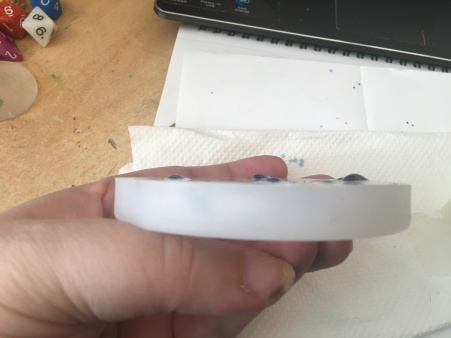 The eyes floated in the resin.  It was also at this point where I realised I might actually have done the whole thing upside down.  Should the lip be on the top of the coaster or the bottom?

Okay, so for take two I placed the eyes the other way up.  I also used a thin layer of UV resin to secure them in place first. 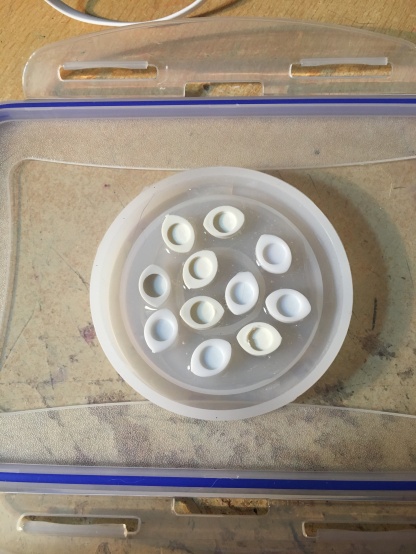 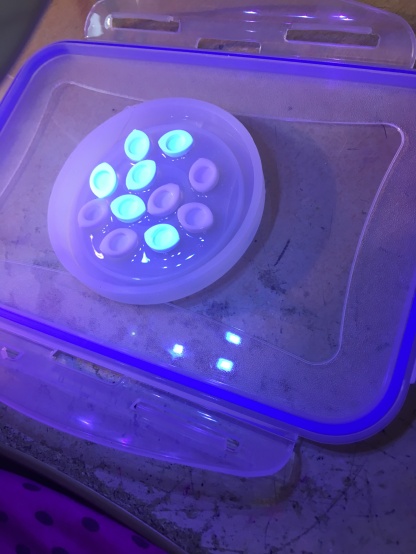 I have absolutely no idea why some of them glow under the UV light and some don’t.  It’s weird and fascinating.  But I topped off the mold with epoxy resin – making a small mess in the process, and set take two aside to cure.

The mess was fun to pick off. 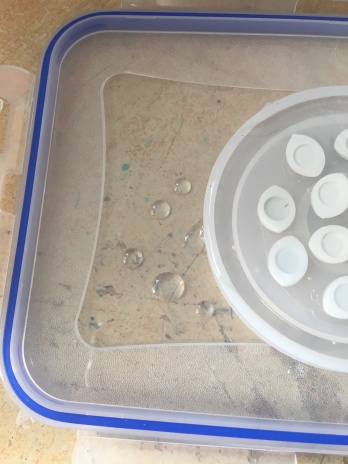 There was a bit of overspill, but that could probably be clipped and/or filed off.  The coaster came out of the mold easily enough.  The surface was a bit tacky where the UV resin hadn’t had a chance to fully cure.  I placed it in the sun for several hours, and while it cured, it still looked a little odd. 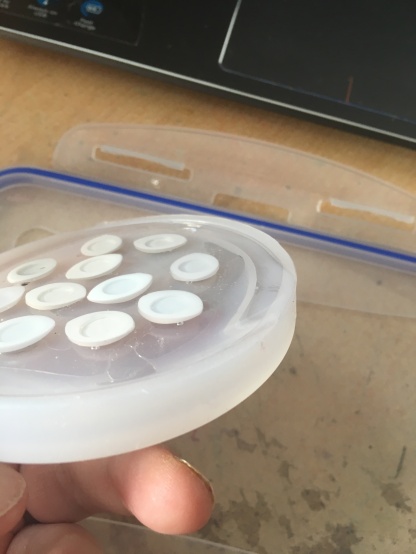 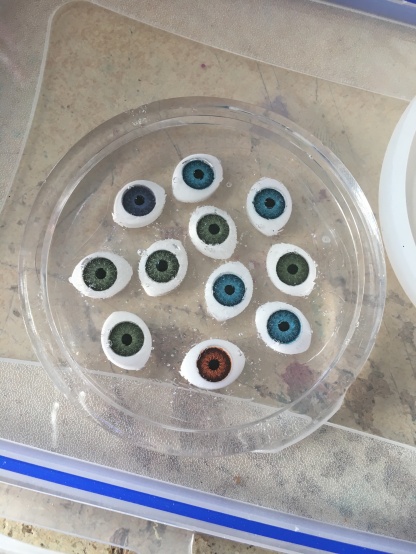 I have since been told that mixing resins like that doesn’t work.  I will probably have a third attempt at this at some point – maybe doing two layers of epoxy resin to make sure the eyes don’t float.

Unfortunately, the second project also has the same issue, because of course I did them all at the same time. 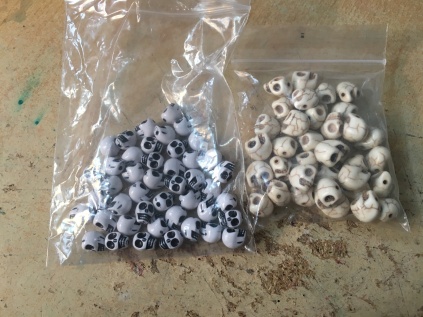 …really fit in any of the molds that I have. 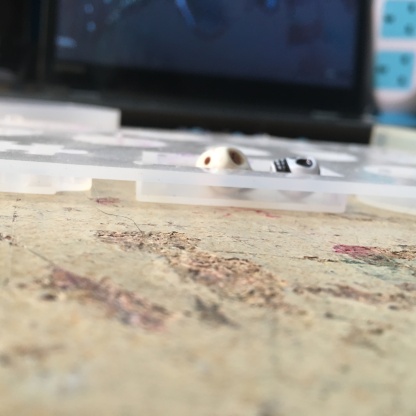 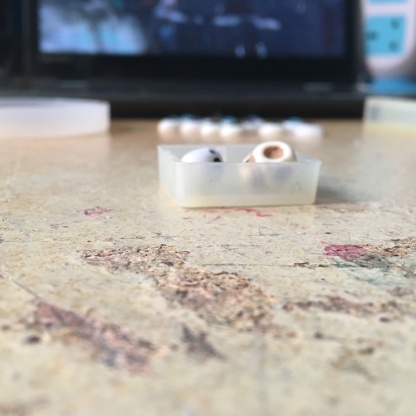 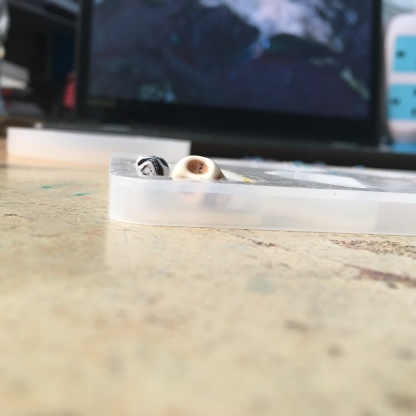 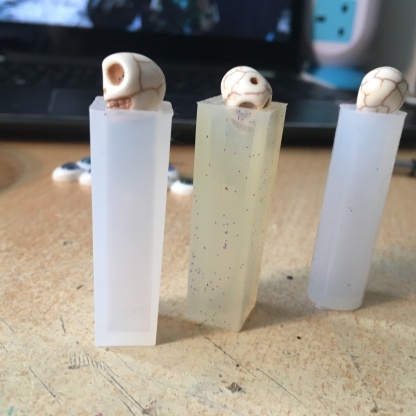 So the skulls piece had to wait a bit while I ordered something new.  I ended up getting an ice cube mold with a silicone bottom. 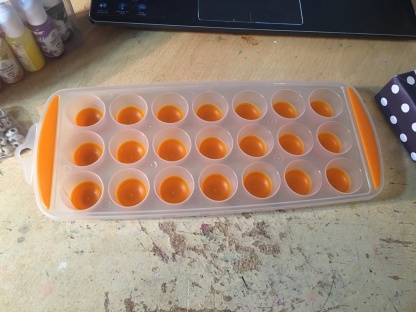 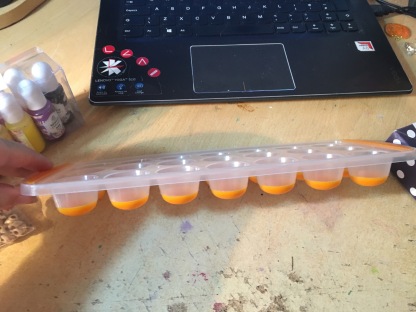 I made the same mistake with the UV resin because I was convinced that I needed to hold the skulls in place.  I later found out that this was completely and utterly wrong.

I mixed up some epoxy resin and put in a few drops of black colourant.  It looked really… dark. 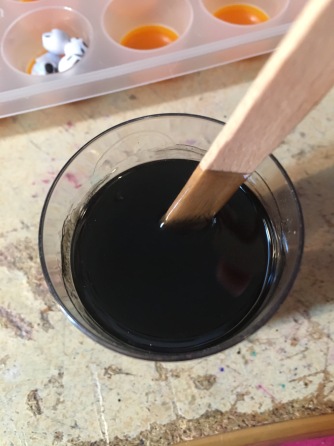 I’d UV resin stuck skulls in two molds, but I had much more resin than would fill two molds – the instructions for that resin only has the quantities for mixing 50ml and above.  I could probably work out the math for smaller amounts but I’d need a more detailed syringe.  So I dropped some skulls in and filled as many as I could. 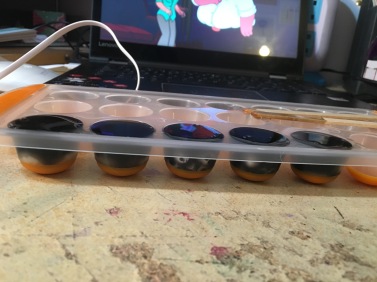 At this point I was doing the second attempt of the googly eye coaster, and had a few dribbles of leftover clear resin so I did a clear skull piece too, and a tiny one-eyeball thing. 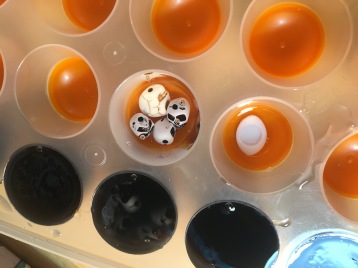 The ones with the UV resin layer needed a bit of sitting in the sun once the epoxy resin had cured, but they have the same wonky look.  Lesson learned: no more mixing resins.  But the ones without UV resin look freaking awesome.  Turns out the skulls didn’t need fixing in place. 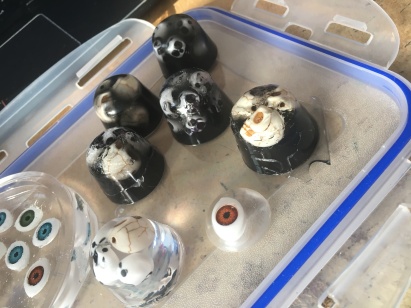 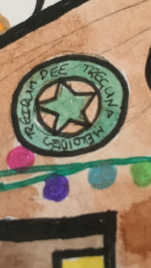