At the end of November last year, Kasey Golden posted her YouTube video for Huevember 2018.

Being the end of the month, I had already worked out what supplies I was using – you can read about my Huevember here.  But I loved the supplies Kasey used.  She used Ohuhu markers, and I was very much obsessed with mine.  Still am a little bit.

I decided that I’d save the palette, and do it for Huevember 2019.  I didn’t have all of the right colours at the time – I only had a small set of Ohuhus, but I had plans to get the bigger set.

Now, it is the start of November 2019, and this must be my Huevember blog post.  Right?

I have a page in my notebook with lists of all the different art challenges I have found online for the different months of the year.  There are many many of them.  I want to try all of them – but even I’m not quite insane enough to do them all at the same time.  So, for a couple of years, I’m going to do a different challenge each time.  Which means no Huevember this year.

But that little palette has been sitting in my notebook taunting me. 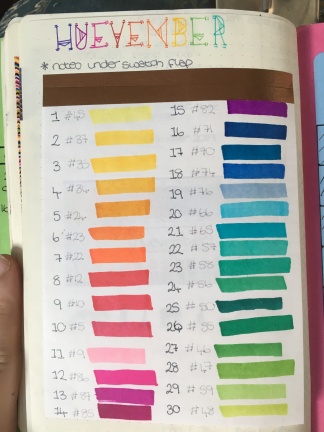 So in September this year, I did Huetember instead. 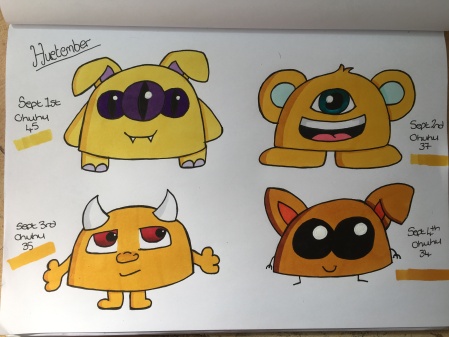 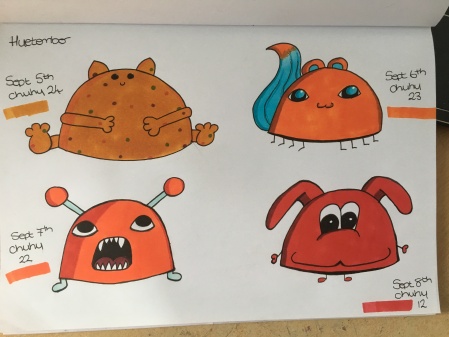 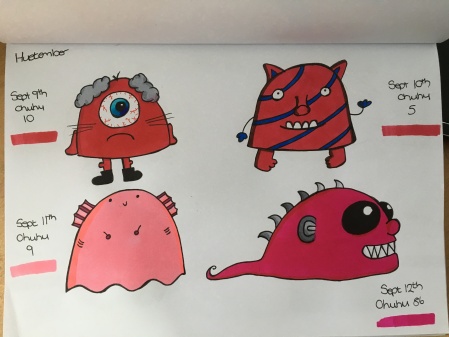 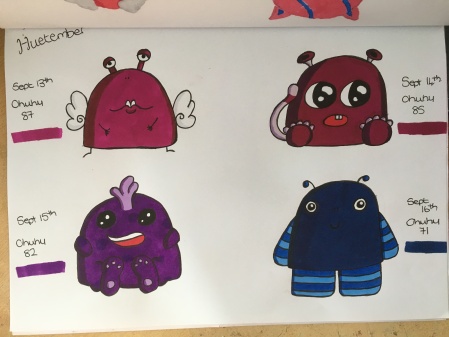 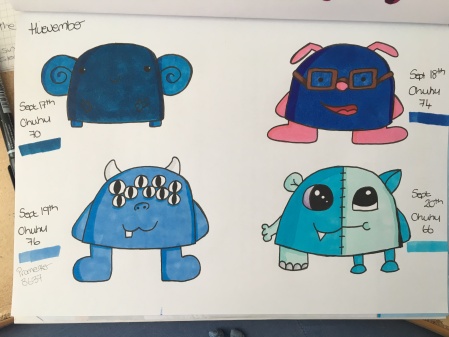 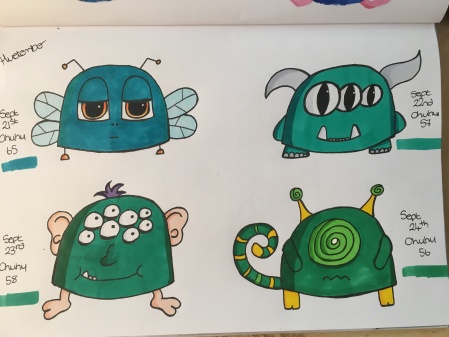 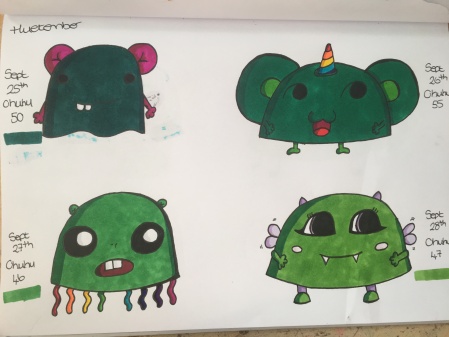 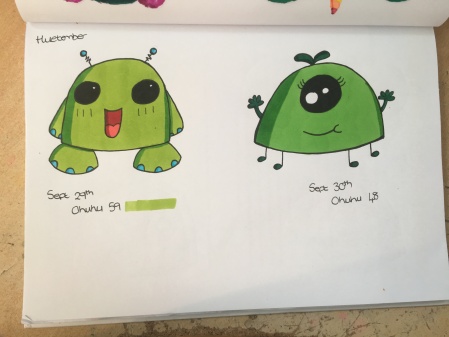 Now, the eagle-eyed amongst you might notice a few things here.

First of all, September 11th doesn’t really fit the pattern.  That’s because I’m a bit of an idiot.  September 11, according to Kasey’s palette is Ohuhu #9.  Which is this marker… 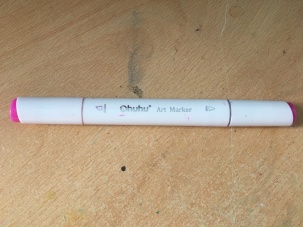 I wrote down #9.  Unfortunately, one of the problems with that set of Ohuhu markers – that every single YouTube review of them has pointed out – is this. 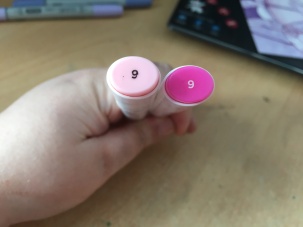 When I got my set I countered this problem by doing this. 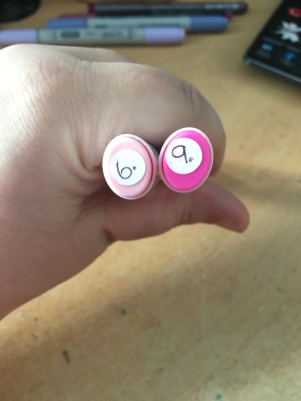 And yet when I was making out my swatch sheet for Huetember, I still picked the wrong flipping marker.

The second issue you might have spotted is with September 19th.  September 19th is Ohuhu #76.  I did the swatch sheet when I first got my larger set of Ohuhu markers, but by the time I got around to Huetember, the #76 had run out and been thrown away. (I really wish Ohuhu let you buy individual markers – some of my favourite colours have run out).  So I ended up using a marker that was as close as possible to the right colour. 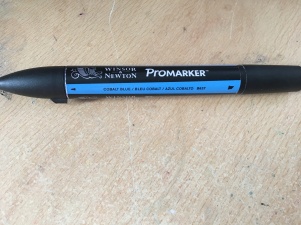 The final issue is a simple one.  Apparently I forgot to do a colour swatch under the September 30th monster.

I really enjoyed making these little monsters.  I enjoy making monsters in general.  These have been scanned into my computer and at some point I’m going to edit them and clean them up with the hopes of making stickers or something.