During last year’s Arty Advent series I made some art resolutions.  I actually did pretty well at keeping them.

The first one was to have less drawings floating in the middle of white nothingness.  I still need to work on backgrounds, but I do tend to do more now.  I do a little hint of floor, or a shape in the background. 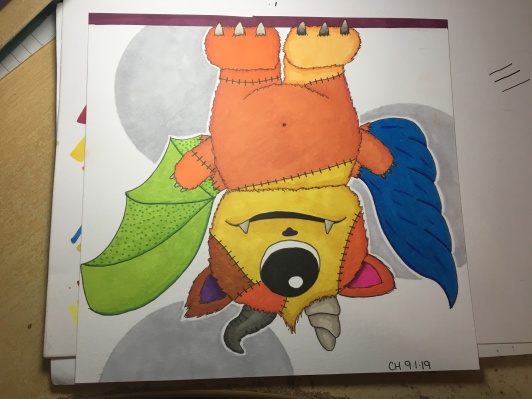 Sometimes I do a pattern in the background.

Sometimes I do a simple-ish border. 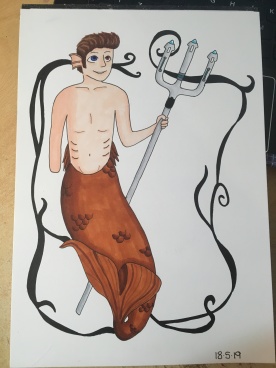 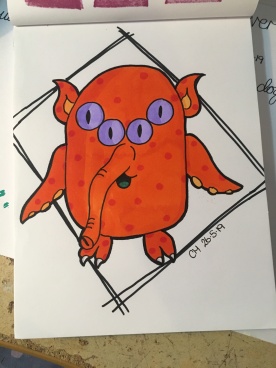 Sometimes I do a hint of something that fits the theme of the piece. 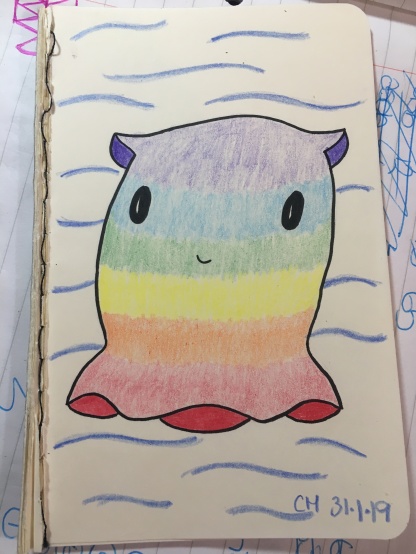 Sometimes I’ll cut out the drawing and stick it on a piece of patterned paper, or use some washi tape. 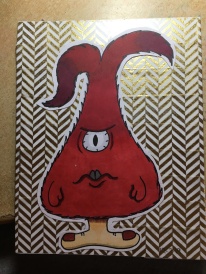 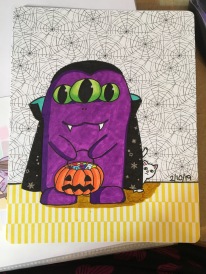 And occasionally – but not often enough – I’ll do a full background. 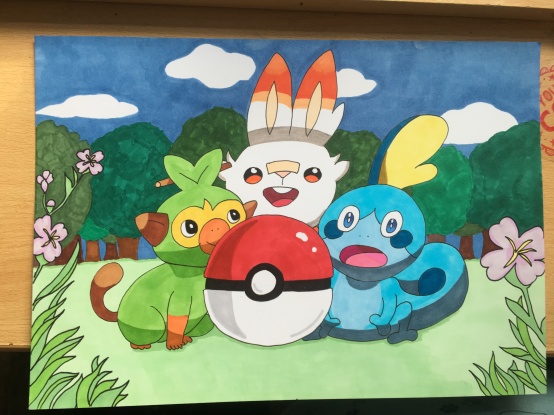 I even did a completely over-the-top detailed piece for Halloween.

My second art resolution was to practice digital drawing.  At the start of the year I got myself a Lenovo Yoga laptop that has a touch screen I can fold back – and I started drawing on that.  I did some pieces I was really pleased with. 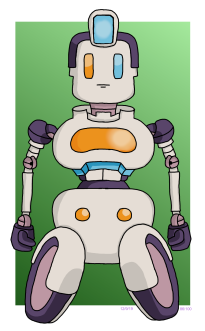 And I did lots of pieces I wasn’t at all happy with – which I will not be showing you :-p  Near the end of the year I got a cheap tablet and have been having lots of fun working with that, making a lot of improvement.  I’ll be writing a blog post about that later. 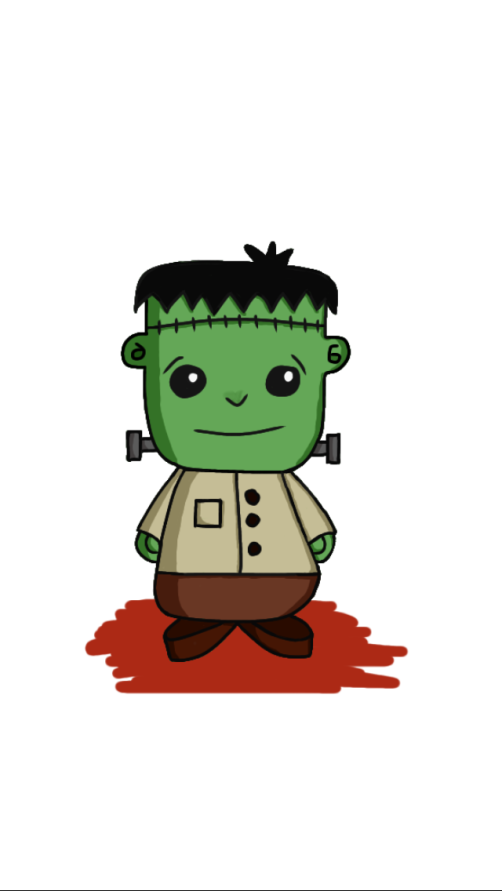 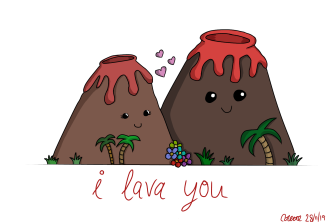 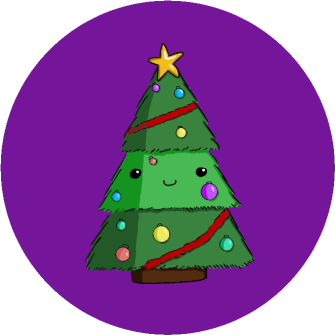 My third resolution was to finish some of the million half-started pieces.  I do still have a bunch of pieces to finish, but I definitely don’t have the 50+ I had when I wrote that post.  I’ve finished some of them, but I’ve also culled a lot of them.  When I sketch, I have a tendency to decide it needs to be a completed sketched, inked and coloured piece.  So things pile up.  I’m trying to teach myself that just sketching is okay.

The fourth resolution was to have a go at using different mediums.  I’ve been bitten with the watercolour bug this year, and find myself reaching for them quite often. 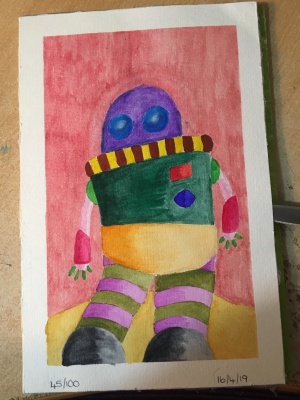 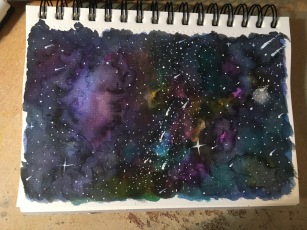 My last art resolution was to try to do some collaborations.  In October I did a line art swap with Nina, and then in December we did another one. 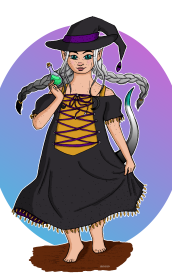 So do I have some art resolutions for 2020?  Sort of.  I have lots of plans, and lots of ideas, but you’ll be able to read about them all in a couple of days.

What about you?  Did you have any art resolutions this year?  How did you do?

One thought on “Art Resolutions”