In my notebook I have a list of art ideas.  Well, I have many lists of different things, but most of those aren’t important right now.  On this art ideas list, under the subheading “robots” was: galaxy silhouette watercolour”.

I couldn’t remember if I wanted the shape to be galaxy, or the background.  So I did both.

After I carefully and meticulously taped down two sheets of paper I realised I wanted the same shape for both, and should probably have lightboxed BEFORE I taped down the paper to a cutting mat. 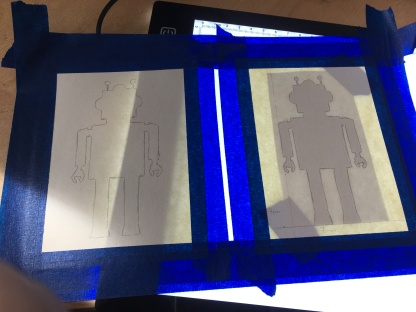 Then I used masking fluid to block off the shape on one side, and the outline on the other.  I did a nice thick line for the outline, because I am a messy painter.  Then I realised that the fluid would change the texture of the paper and there would be an odd looking line, so I just blocked off the whole page. 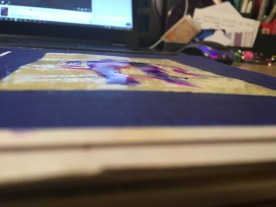 Once everything had dried, I started to peel the masking fluid off.  Which is when I remembered that I have two different watercolour pads.  One does really well with masking fluid.  One does not.

Guess which one I used. 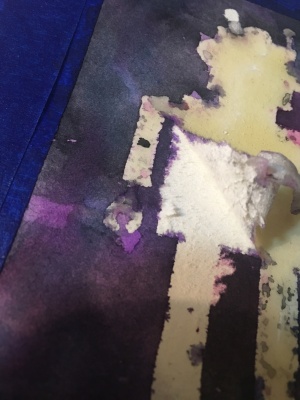 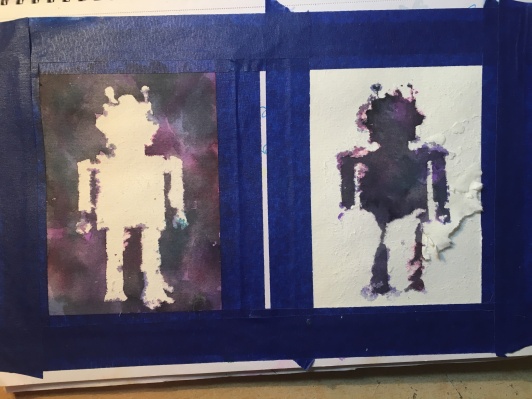 Thankfully, I am an impatient person.  I am incapable of working on one watercolour piece at a time, because I hate waiting for things to dry.  So while I was working on that disaster, I had also been doing this. 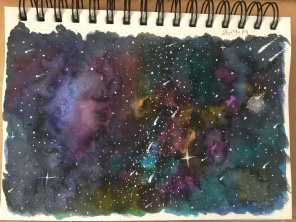 I scanned it and edited the colours a little.  I lie.  My boyfriend did it for me. 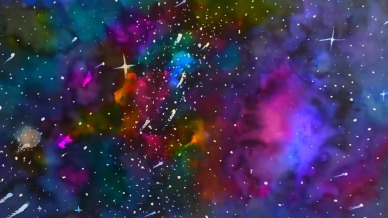 As awesome as it looks, I wasn’t really happy with the stars.  So Tom took the photo of the stage before the stars, and edited that for me instead.  Then I added the stars digitally.  And it looks much much better.

After that I took the original basic robot silhouette template I had used, worked some digital magic and here ya go!

One thought on “Galaxy Robots”