One of the things I come across a lot in my many Pinterest browsing sessions is species guides.  Images that show how to draw hands/feet/eyes for certain species.  Sometimes those are for real things.  How to draw cat eyes, how to draw dog feet.  But often they’re invented species.

Some of these species have words like “closed species” and “open species” on them.  A little investigating told me that these mean whether or not the creator allows you to draw their species.  I’ve been considering creating a species guide for my little dome monsters, so more research was called for.

I found this range of species guides for a very cute creature called a Pacapillar.  There was no “closed” or “open” written on any of them, so I collected as many as I could and set down to draw,.

Some of the images were a little small and hard to see any detail, so I searched for the originals.  Which is when I found out that they were a closed species.

Pacapillars were invented by Toripng on Deviant Art.  They are a closed species, which means that if I want to draw one I have to purchase one in a sale or auction.  I’m gonna keep my eye out for those, but for now I need a new open species.

I searched Deviant Art for “open species” and found all sorts of weird and wonderful creatures.  I settled on Banoodles.

Banoodles are a species by Kylohnn on Deviant Art.  The best thing about them?  They dispose of negative thoughts and emotions!  I need hundreds of them.

They’re also really fun to draw.  I didn’t see any information on body shape, so I started with a random curve. 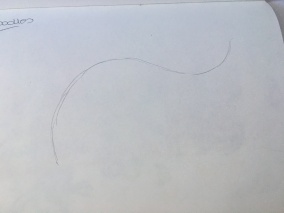 I added ears, and other appendages, picking from the reference sheet. 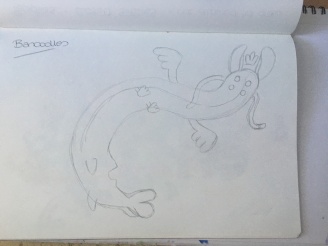 The notes on the reference page gives specific instructions for colouring so, using Kylohnn’s drawings for inspiration, I inked and coloured my little Banoodle. 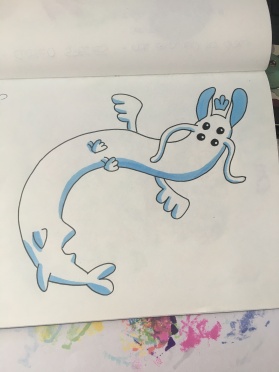 And then, because they’re adorable and addictive, I did two more. 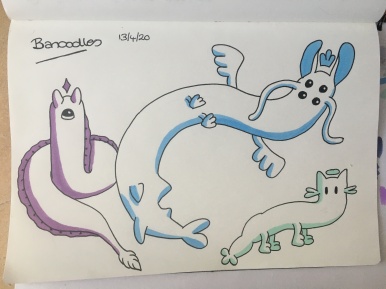 Lesson learned in this post: just because it doesn’t say “open species” on it, does not mean that it’s okay to draw.  Always look for the original.

One thought on “What is An Open Species?”