A few weeks ago I had my first foray into the world of weaving.  Despite it ending with a mess… 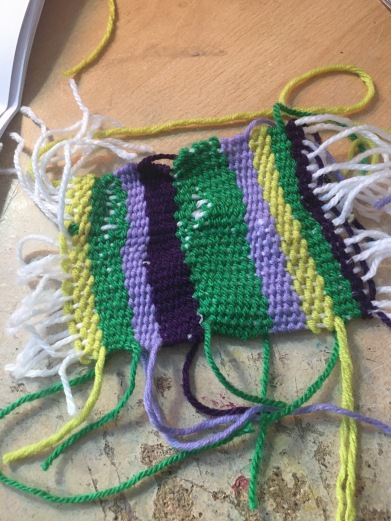 …I wanted to try more.  I ended my last post by saying that I got a cheap loom from eBay and did a bunch of research.  Well the loom arrived, and I was ready to get started.

The instructions were tattered, not in English, with fuzzy pictures. 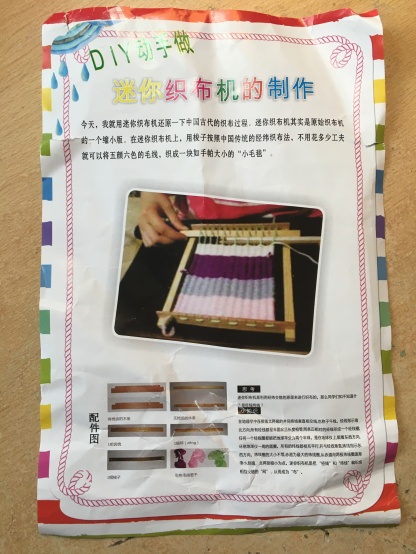 But I didn’t mind too much.  When I say it was cheap, I mean it.  It cost me £3.35.  And it was fairly easy to figure out how to put it together.  Thanks to my research, I knew how to wind the warp threads too. 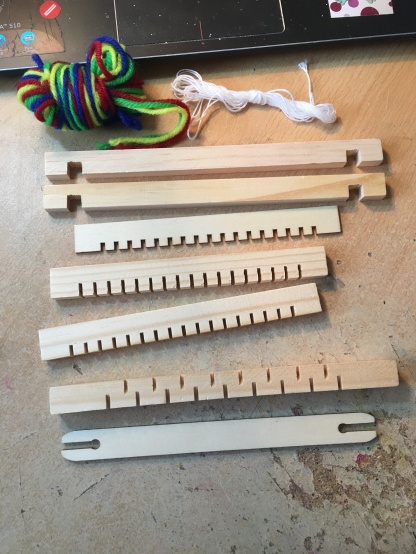 Getting started was easy enough, and I found that the shuttle worked well for tamping the weft down. 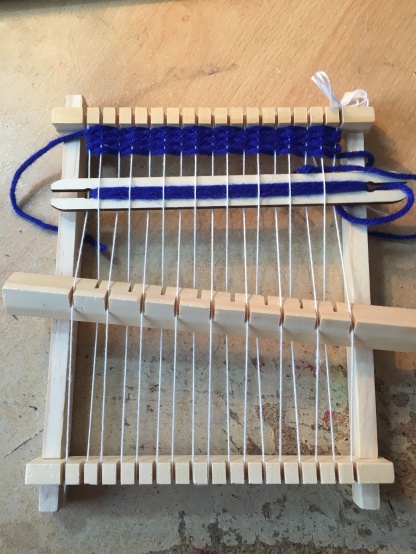 I got into a nice rhythm, and finished the blue yarn quick enough.

Time to add the next colour.  I was just using the yarn that came with the loom while I practiced. 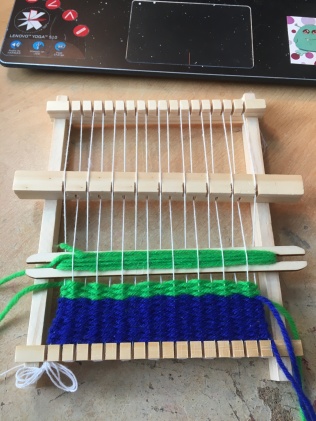 The original article I’d used for weaving on card had used a ruler fed between alternate warp threads to help separate them.  My research had shown me that this is called a shed stick, and that if you stand it upright it fully separates them and makes it easy to pass your weft thread through.  I assumed that the big block of wood with two sets of slits was the shed stick.  I figured that the second set of slots picked up the other warp threads, but I couldn’t figure out how to get it to work. 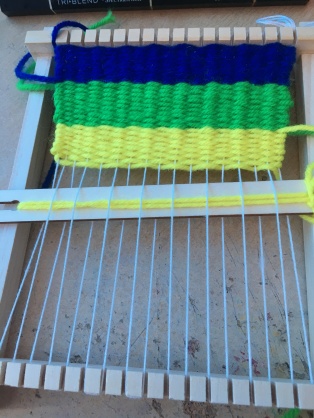 So when I was weaving, the warp threads were being stretched and loosened.  By the time I finished the yellow, everything was a bit mishapen and I was getting frustrated. 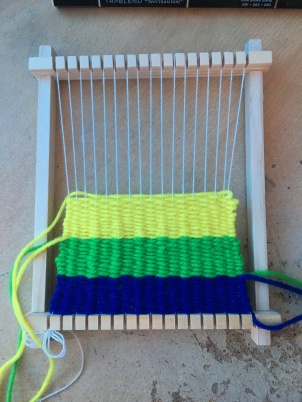 I posted on r/weaving to see if someone could tell me how to get the shed stick to pick up the alternate set of warp threads.  Which is where I found out that it’s not a shed stick at all.  It’s a heddle.  I guess a shed stick is just a flat piece that you can turn vertically to open the warp threads one way, then lay flat again so you can weave the other way.

Right, okay.  Re-warp the loom, insert the heddle accurately.  This time I used crochet cotton, since I’d read that it was easier to use for warp threads.  Not so splitty. 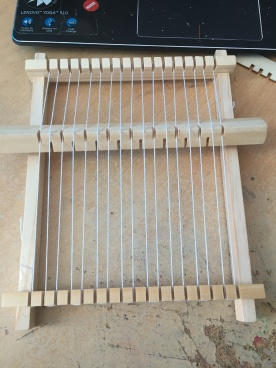 It left a small gap, but enough to slide the shuttle through. 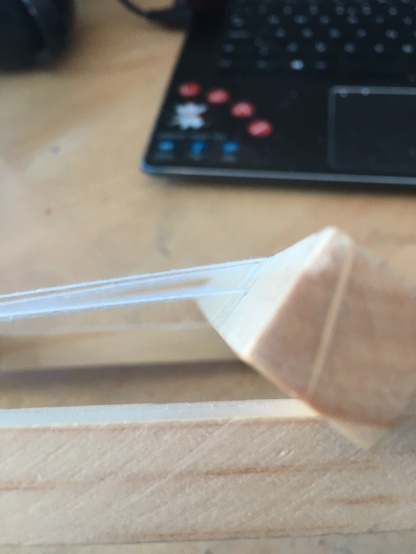 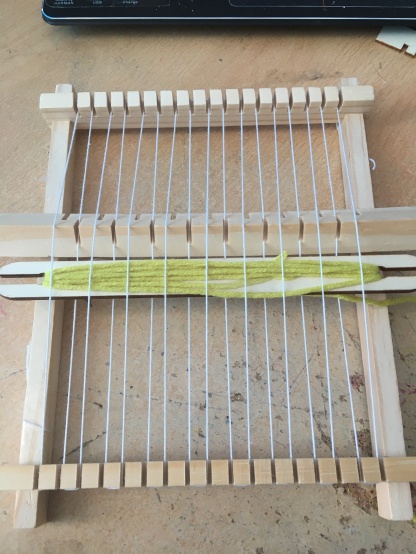 And, wonder of wonders, when I rotated the heddle, the gap changed to feed the shuttle back the other way.

It isn’t exactly a smooth rotation.  Maybe if I pick up weaving properly I’ll invest in a nice round one. 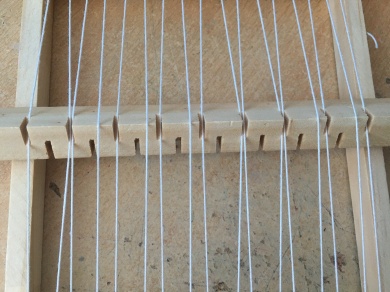 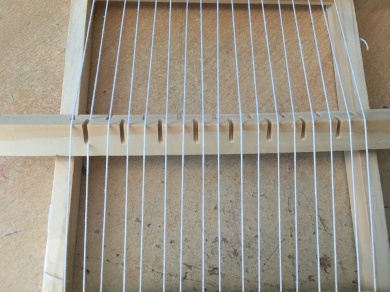 But I’m getting there.  My weaving looks lovely and smooth.

There are other ways to set up warp threads, and ways to keep them secure.  So my next step is to investigate those.