Many, many moons ago, I asked my best friend Cayden to find and gradually feed me a mystery crochet pattern.  That resulted in my very first mini alien plushie, in July 2010.

Since then I have made more of them. 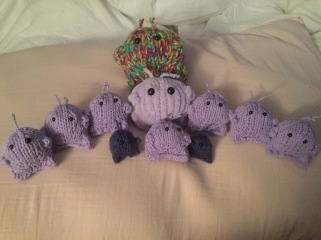 For lots of reasons.

For friends and family.  Nearly everyone I know has at least one.

To sell at school fairs.  The kids love them.

I absolutely love it when a child drags their friend up to my table saying “this is the lady who made my little alien”. 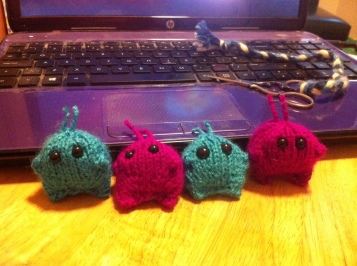 After a while, I realised that I was going to be making a lot of these little guys, and I started keeping count.

At the time, I was tracking every project I did on Ravelry, so I could go back and get an accurate count of how many I had made up to that point.

And I kept keeping track. 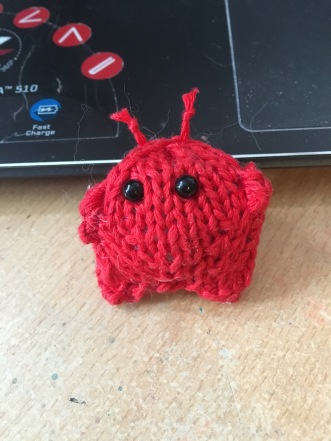 Naturally, I gifted that alien to Cayden.  Since then I’ve made at least two dozen more, and I will continue to make them.  I know the pattern so well by now that I don’t even really need to think about it.  It’s the perfect craft for watching movies with.

My home is filled with boxes and boxes of them.  I’m stocking up for a future plan that may involve hundreds of them, with any luck.  But I do sell them still.

You can get your own mini alien at my Etsy storeEtsy store, for just £3.50.  You can have a little one or a large one, in any colour/s you like, with as many eyes as you like.

Note: if you’ve counted, there are not actually 300 mini aliens in the pictures on this blog.  It would use up a LOT of space to include pictures of them all.  But here are a few more, because they’re adorable. 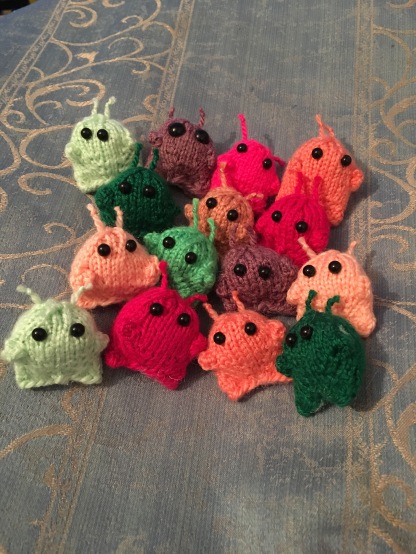 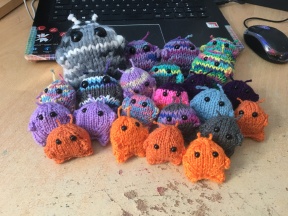 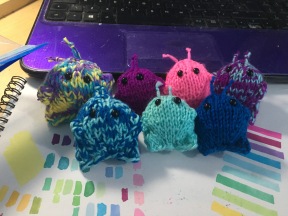 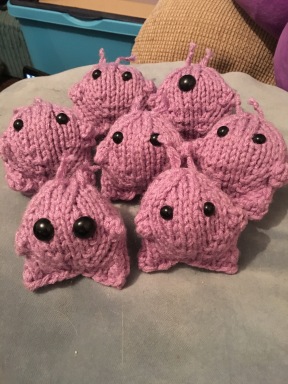 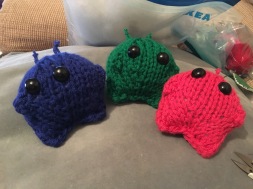 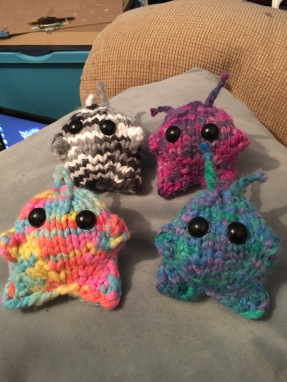