The April Scrawlr Box was one of those that I didn’t get started with right away. Mostly because I was bedridden with a sprained ankle at the time, and the supplies would have involved water and needed desk space. But it was definitely a box that intrigued me.

Inside were some Faber-Castell Albrecht Durer Watercolour Markers, some watercolour pencils from the same range, a Pro Arte Polar Series 31 paint brush, a Derwent Sketching Pencil, and a thin pad of watercolour paper.

And of course the Scrawlr Box sticker and the new zine. 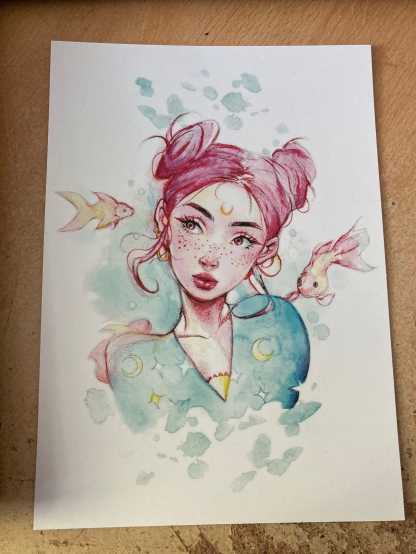 …I tried mixing to see if I could get a rainbow, which I could. I tried a few more ways of using the watercolours, tested the pencil for smearage, and moved on to a monster. 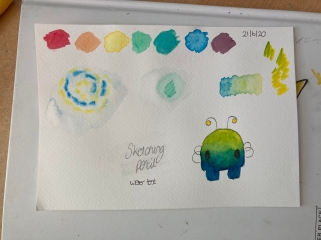 For the monster I put some of the blue marker at the bottom and some of the yellow at the top and tried blending them. Although the blend isn’t too bad, the blue totally dominated and there isn’t much yellow left.

In terms of an art piece, I started off wanting to mimic a new artist I’ve found – full blog post about her coming soon – but I basically made a mess. I don’t know if it was the supplies, or just me, or maybe a combination. But it was really untidy. And whilst the muted coloured created a pretty effect, it wasn’t what I was looking for.

So I moved on to what I was comfortable with. A monster.

The colours really are very pretty. But I struggled with layering and getting things looking smooth. Again, it was probably just me. 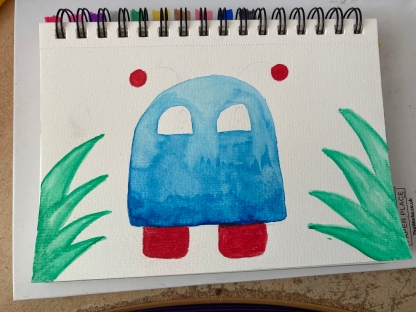 I outlined in the brown watercolour pencil, and attempted to blend that out a little bit. 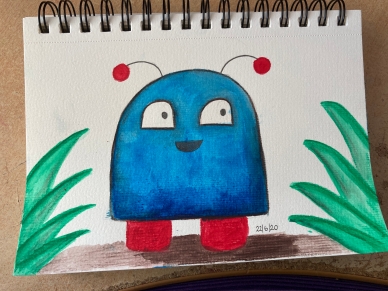 It’s cute, but I wasn’t entirely happy with it.  To test whether it was the supplies, I tried recreating the piece with my normal watercolours. The mistake I made here was attempting to do the outlines with paint and the brush – my brush control is not that good. 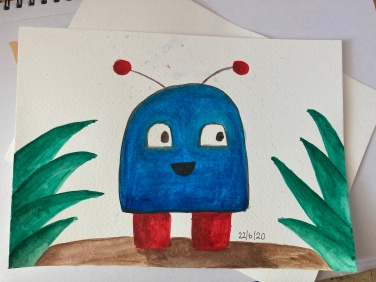 I also took the muted watercolour circle and added another layer of colour, before doodling over the top of it. 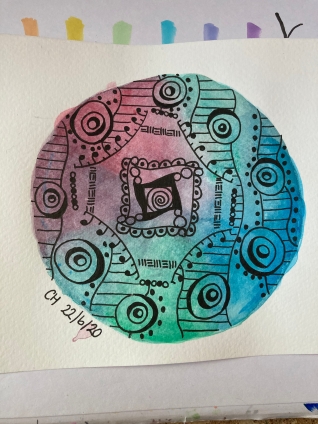 I’d made an attempt to dab the markers onto a wet circle to create a tie dye effect like the zine mentioned, but that failed as well. So I doodled on that one too.

It was a fun box, but I don’t think I’ve been persuaded to move away from my palette paints.

One thought on “April Scrawlr Box”