The June Scrawlr Box (I haven’t forgotten May, it’s still sat on my desk waiting for me to muster courage), was one that had me swatching and arting within minutes of opening it. 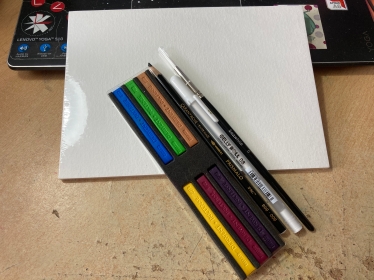 Inside were some Derwent Inktense blocks, a Caran D’Ache Prismalo pencil, a Seawhite synthetic round brush, a white Gelly Roll, and some 350gsm Seawhite watercolour paper. 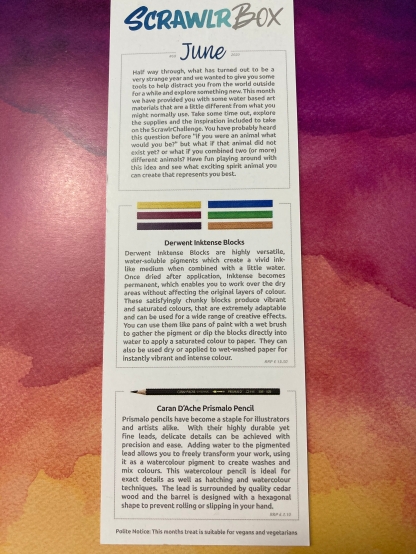 There was the fabulous art print from Hullo Alice… 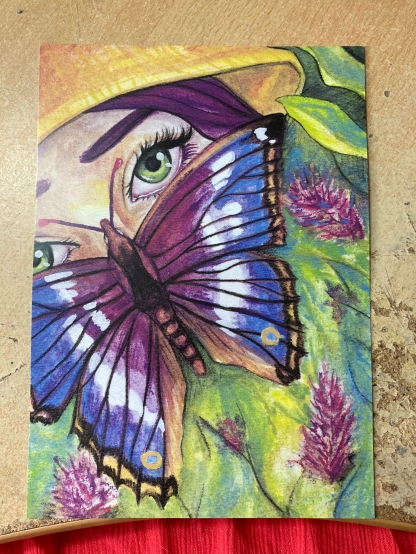 …And of course the zine and the sticker – I love the colours on this one.

First up, swatching.  And testing the Inktense blocks in all the ways the zine described.

I did my usual little monster.  Except this time I did four, testing different techniques. 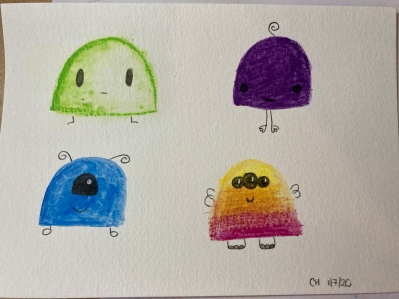 I didn’t really have a main project in mind.  I just started playing with the colours.

It ended up very soggy and very messy, so I took another sheet of the paper and pressed them together to absorb the excess

The imprint looked really good.  I could do something with that.  I’d have two pieces!

Except… well, I made a total disaster of the original piece.  I’m not even going to show you the mess.  I really should have had some idea of an idea.

For the imprint, when I looked at it, I kinda saw a skirt floating away.  So I decided I’d draw a torso, arms and head.  I made a fatal error though and didn’t use a reference.

So I decided I’d take a photo of the imprint and try something digitally.  More on that later.

In the meantime, I still needed a piece.  I really liked the effect of the green monster in my testing, so I decided to make a rainbow of those.  As I worked on the first few though I smudged the outlines for the others, so I ended up on separate sheets and cheating by using the green testing monster. 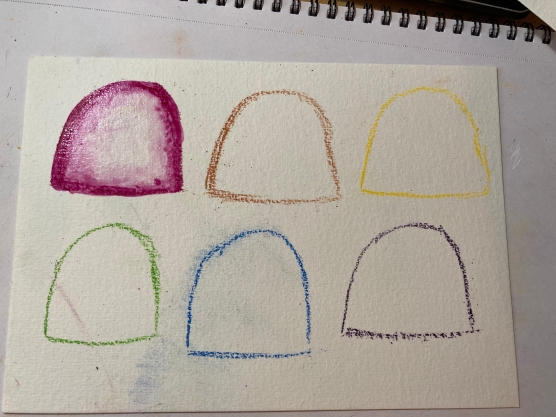 They came out ridiculously cute though.  And although I hadn’t even noticed the Scrawlr Challenge, I think messy, colourful, rainbow monsters are pretty perfect for my spirit animals.

As for the digital one, I collected a few silohuettes from Pinterest… 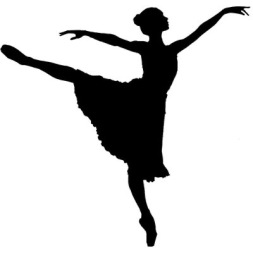 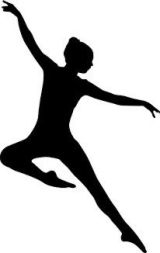 …and tested them against a cleaned up version of the “skirt”.

Also, when I was cleaning it up I accidentally made a pretty abstract piece.  Bonus. 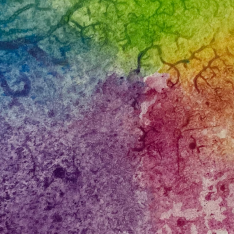 One thought on “June Scrawlr Box”