I used to be really in to colouring books.  I had a very very big collection of them.  And I really enjoyed using them.  I coloured dozens and dozens of pages. Here’s just a sample. 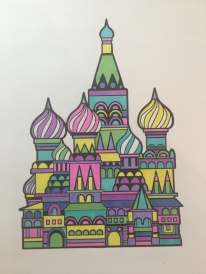 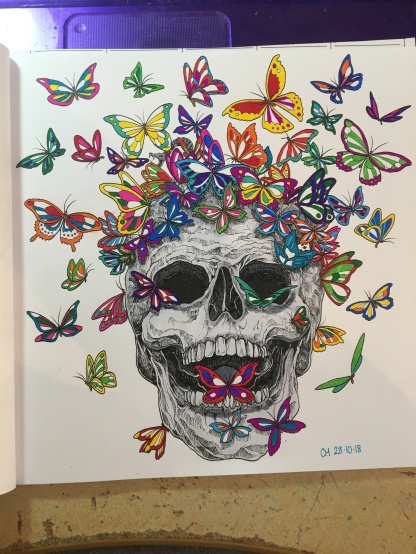 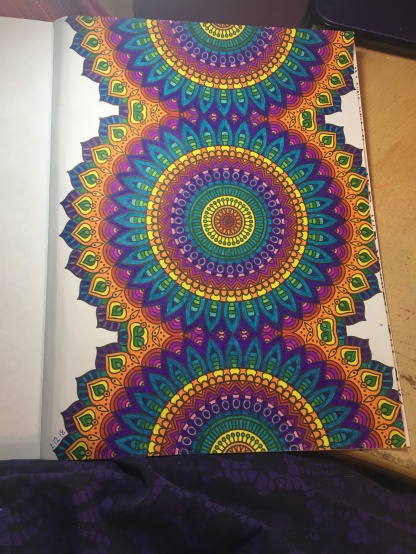 But since I started drawing and doing my own art, I haven’t really done any other colouring.

Early in 2019 I had a massive sort of everything I owned and culled my collection, keeping only about 50% of the books/magazines.

And in the last few weeks I’ve been sorting my things again.  Culling the extra stuff I don’t need, and condensing how I store what’s left.  I’ve halved my collection of colouring books again, keeping around 20.  There’s some Harry Potter ones, some Doctor Who ones, some Dungeons & Dragons ones.  Things like that.  Then there’s also some generic colouring books for adults.

While sorting I remembered that there were a few pages that I’d started and never got around to finishing.  So I finished one.

It doesn’t look too bad at first glance, but I made a real mess of it.  I can not keep gel pens within thin lines apparently.

So I used my dubious drawing skills to redo the outlines.

And then I moved on to the next unfinished piece.  This one only had one or two sections coloured in, but after just three hours I managed to get it looking like this.

This one was a beast.  Soooo many tiny little shapes.  Fatty helped me though.

And after about a week of a couple of hours a day I finally finished it!

After that I moved on to one of the other handful on unfinished pages, right?  Of course not.  I started a new page.  Because I am me.